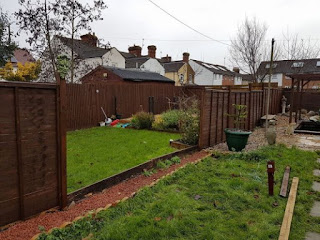 When I say “at brekkie time” or “during lunch” everyone knows when I mean. However there is no accepted name for the meal that one eats at quarter to three in the morning when half way through the night shift. But whatever that meal is called, as I scoffed it I had my obligatory check of Facebook and saw a friend had been visiting relatives in my local hospital, and weren't overly impressed. Anyone who knows my history will realise I have trouble being objective about that place, but when I worked there it was actually the number one hospital in the country. Now it is coming out of "special measures" because the place had gone downhill so fast over the last few years. How can a hospital go from "#1" to "rubbish" so quickly?

When I checked my emails I saw I had an email from the Environment agency, and my piss boiled. I pay them thirty quid a year for my fishing licence. They stick quite a bit of that money into the Angling Trust and I've ranted about that before. That Trust funded a fishery nearby that costs over eight hundred quid a year to join.
Today the Environment Agency invited me to join the Volunteer Bailiff Scheme. A worthy cause? I see it that rather than funding water bailiffs themselves, they want the likes of me to volunteer and do it for free.  So... I spend money with them which they throw at the rich people, and because (having thrown their money away) they've no money left they want me to do the job which I thought I'd paid them to do.
Am I missing something here?
I also had an email from the dentist. They've now got a fully registered aesthetics clinician joining their team, and wondered if I was thinking of having facial aesthetics treatment. I wasn't; mainly because I had never heard of it.
Basically it's a face-lift. They are offering fifteen per cent off the price if I fancy having one. I think I'll give it a miss.

I got on and did my bit on the night shift, and came home. "er indoors TM" had already gone to work but the dogs were pleased to see me. I put their leads on and we went for a little wander. As we walked through Bowens Field the nice people from “Aspire Land Management” (the posh name for the council parks people) were doing their thing. For all that it is fashionable to run down the local authorities, Ashford council (under the alias of “Aspire Land Management”) do a rather good job with our local parks.
Our walk passed off without anything really noteworthy happening for which I was grateful.

With dogs walked, I spent a little while looking in the garden. Earlier in the year I spent the best part of three hundred quid buying eight (I think it was eight) fence panels and posts and stuff, and aided by "My Boy TM" and Sam I installed them at great physical effort.
Over the winds of the last few days the fence had broken again. "My Boy TM" is off work on Friday and the boss said I could take the day off so I made a start at sorting the wreckage in readiness for fixing it at the end of the week.
I took down two fence panels which were either side of a snapped post. One panel is undamaged; the other is (probably) salvageable. However before I can replace them I need to replace the post which involves digging out a lump of concrete which is just over a foot square by a shade more than three feet deep. I’ve done this a few times before. It is hard work. According to Google this lump of concrete is about twice my body weight, which is why when I say “I’ve done it before” I mean “my son and son-in-law have done it before for me”.
And to compound my problems another fence post has snapped which also needs replacing.

I made the fence so it shouldn’t get any worse; there’s a great big hole where the panels used to be. The dogs will have to be supervised at tiddle time for a day or so.
I took myself off to bed for a while.

I woke, and seeing the time I thought I’d get a second dog walk in before the light failed. As we walked through Bowens field we could see what the nice people from the council (“Aspire Land Management”) had done today. They’d done a really good job in clearing and tidying up, and they’d even removed the tents which had been in one of the thickets for some months. We left home at half past three; it was noticeably darker by four o’clock, and we came home in the dark. As we walked we met OrangeHead who was amazingly chatty. She’d got a yellow flashing collar for her dog. I’d not thought to put the illuminous collars onto my pups; I should have done.
It was at this point that the rain started. We were soaked by the time we got home.

I made myself a cuppa, then had a fiddle-about on-line. The nice people at Facebook have given me a Facebook page for this blog. Heaven only knows why, but I might as well have it before someone else has it. I’ve set it up good enough to be getting on with; I doubt I’ll touch it again.
As I fiddled so both dogs snored.

"er indoors TM" came home and boiled up some rather good scran accompanied with couscous. I devoured it (with a couple of beers) whilst we watched “Tattoo Fixers”. If I didn’t have a fence to fix I’d be tempted to get another tattoo.