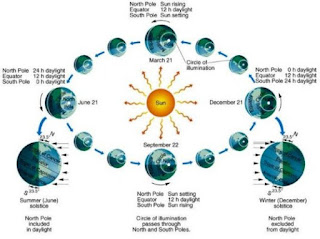 I slept like a log, despite disturbing dreams of having somehow been entered into a running race. (Me!?)
I got up taking care to to wake the dogs, and as I scoffed brekkie I watched the last in the new series of “The League of Gentlemen”; there were only three episodes, but they were good ones.
I then had a look-see at the Internet. It don’t look at itself. With very little of note having happened I set off to work.

It was another damp and foggy morning. I was amazed at how busy the roads were today; yesterday "er indoors TM" had commented how quiet the roads were on her drive to work. The motorway was horrible today.

As I drove the pundits were discussing my local MP Damien Green. He's been sacked from the cabinet. From what I can work out, he's been given the heave-ho for lying about looking at pictures of nudey ladies on his works computer. It's not really that shocking an offence; he should have owned up to it, and everyone would have said that everyone looks at pictures of nudey ladies on computers. That's what computers were made for.
But he lied about it.
What bothers me most though is that the scandal was (apparently) deliberately leaked by the police. Bearing in mind it is widely reported that the police authorities hate Mr Green, you would have thought the coppers would have been more circumspect in squealing on him.

But there's no denying that my piss boiled when I heard the allegations about one in five pregnancies having harm caused by the treatment mothers and babies receive from the NHS.
The story might be true; but what winds me up is the way it is reported. The implication is that medical professionals go out of their way to cause hurt.
I've whinged about this before...

I stopped off at Aldi before work. We needed cranberry sauce and a Christmas cake. I asked an assistant where they were. He told me he didn't know and walked off. As did another chap. A passing woman told me she was too busy to deal with customers. The fourth assistant all but said "F... off fatso".
I found someone willing to help on my sixth attempt. If I wasn't running short of time I would have gone to Sainsburys.

I did my bit at work, and remarked at how depressing it was that it got dark so early in the afternoon. But I'd completely overlooked how today is the shortest day. The days will start getting longer from here on in.

Once home I took the dogs round the road. They like their walks. Once home they had their tea and were soon both snoring. It turned out that "Daddy’s Little Angel TM" and "Stormageddon - Bringer of Destruction TM" had been round for a “dog adventure” and the dogs were worn out.
With "er indoors TM" off on her works booze-up I had to fend for myself, so I scoffed some malt loaf for tea whilst watching the last episode of the current season of “Peaky Blinders”. That show started well, but I don’t think the writers realised how successful it would be. It certainly isn’t what it once was.

I wonder what time "er indoors TM" will get in. Previous works Christmas booze-ups have been messy…