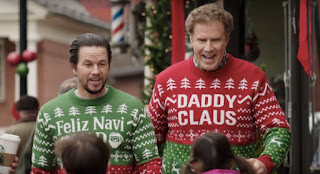 I woke shortly before 6am, and considered driving to Eastbourne. Yesterday a new Wherigo went live there. Last night I figured out the exact location of the thing, and still no-one had logged a First to Find. It could have been me if not for a round trip of just over a hundred miles. Bearing in mind it is now the twenty-third of the month and no new caches have gone live within fifty miles of home, my monthly FTF streak is looking as though it is coming to an end.
Whilst I was figuring out the thing’s location I found myself pondering. Why is the Comedy Central channel bleeping out the word “*sshole” at 11pm whilst Radio Four has no problem with the word “w*nker” at 7pm?

I got up and coughed some more. My cough seems to be building up for a crescendo which I forecast will be on Christmas Day. Over brekkie I had a look at Facebook as I do. My Lego advent calendar continued to receive favourable comments. I was pleased about that.
I then spent half an hour working on the virtual pub crawl in London. Pubs twelve and thirteen seem to be down an alley where Google Street View fears to tread. Unless any of my loyal readers are in the Bishopsgate area of London over the next week or so, I think we’ve probably got as far along the trail as we can before going to London in the New Year.

We drove round to collect Lacey and went to the Cinema. Lacey wanted to see “Daddy’s Home 2”. I had no idea what the film was about, but didn’t want to miss out. I must admit I thought it wasn’t going to be anything special, and my heart sank what I realised Will Ferell was in it. But I was wrong. It was one of the funniest films I’ve seen in a long time.
I also saw trailers from some other films that might well be worth a watch. But then I always do when I go to the cinema.

With film watched we collected "My Boy TM" and went for McLunch. Seeing as it is Christmas I rather fancied a cheeky Nandos but I was on my own on that one. So McLunch it was. And with McLunch scoffed we went on to B&M bargains (as it is just up the road) for a look-see. I don’t like the Ashford B&M; the Canterbury one is *much* tackier.

I slept all the way home. Once home we took the dogs round the park. We met several other dogs; Treacle ran in terror from them, Fudge humped them. Business as usual really.
With walk done "er indoors TM" had a little snooze, as did the dogs. I geo-puzzled for an hour or so. I eventually gave up. I had some successes, but if any of my loyal readers know the common factor or the tube stations Goldhawk Road, Barbican, Tower Hill, Hammersmith and Latimer Road, or of the tube stations Westminster, South Kensington, Green Park and Pimlico, please feel free to gloat.

Over a rather good bit of dinner we activated Netflix and watched the first “Daddy’s Home” film. Today was my first day off for five days – how do most people work “normal” hours?

That Wherigo is still waiting for an FTF….