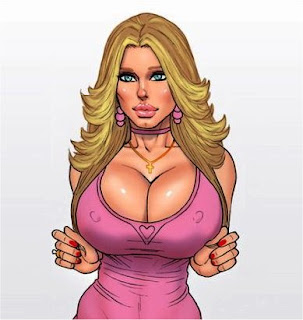 "er indoors TM" “came home “quietly” and once she’s stopped crashing about and fighting with the puppy she spent much of the night being rather restless. I didn’t dare say a word.
Eventually her alarm went off. I came downstairs leaving her and the puppy asleep. I found Fudge; he had spent the night on the sofa. He’s not daft.

Over brekkie I perused the Internet. A new Wherigo had gone live. I thought about chasing the First to Find until I realised it was in Eastbourne. Apparently there had been a stabbing locally overnight. I would say “that’s worrying” but that sort of thing happens rather more often than you’d think. The news people are selective as to what they announce.
As I surfed the net Fudge sat with me on the sofa. We both watched treacle getting into mischief. She would shove her nose into "er indoors TM" handbag, or the dustbin, and make off with some scrap or other. And if no one reacted she would make a point of parading her trophy until she got a reaction.

I then had a message from the first fruit of my loin. The "My Boy TM"-mobile needed to go to the garage and could I give him a lift home after he’d dropped the car off.
As per instructions I met him at the garage, and we drove round to the Foundry cafe. A double sausage, double bacon fry-up was very tasty. We were both impressed by the food, but nowhere near as impressed as we were with the waitress's ample charms. I can only imagine she had some super-padded bra or had had extensive surgery; her jubblies were at least half a dozen sizes too big for her chest.
I then went back to "My Boy TM" s place for a cuppa and we sat about for a bit whilst I fussed  Rolo.

After half an hour I set off in the general direction of work . I went via three geocaches. I found one after a rather pretty walk across a meadow. I abandoned the search for the second when I realised there was nowhere nearby that I could park my car, and I found the third in a rather iffy bit of scrubland.

Bearing in mind it is the Christmas weekend I went to Sainsbury's for petrol. I thought it better to have a car full of the stuff than not.  As I filled the car with fuel I was conscious of a bloke peering through my car's passenger door window. I asked if I could help him; he ran away. I wonder what that was all about?
And then I spent half an hour trying to get out of Sainsbury's car park. I wouldn't have wanted to go shopping there today.
And pausing only briefly for a McFlurry I went to work.

Today was the works Christmas buffet. I scoffed myself silly. And I got an Amazon voucher worth fifteen quid in the "Secret Santa" draw. I was well chuffed with that.
I wasn't quite so chuffed with the amount of work I had to do though. Today was BUSY!! And we had a nasty case in the blood bank just as the day shift was going home. That always happens on the last full working day before Christmas.

I found my thoughts going back to the first Christmases I worked in hospitals and last full working days before Christmas all those years ago.  There was hardly any work at all back then. We would all go down the pub at 11.30am. Back then the bosses did what little work there was whilst we drank.  We would stagger back to work at about the time the night shift came in (two hours early) to deal with the nasty cases, and everyone was happy. Even the person on the night shift was happy with the arrangement as they knew that what went around came around and they would be down the pub next time.
I can remember my first one very vividly.  Thursday 24 December 1981; after drinking what seemed to be my body weight in lager I made my way back to work where a dozen of us shared a bottle of Johnny Walker and I fell asleep on the bus home.
Things were better then... and *very* different now.