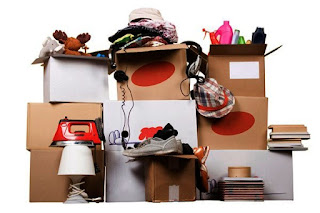 I drove down to Folkestone. The nice people from the council had finally deeclared that "Daddies Little Angel TM" s flat had just too much mould and damp for it to be a safe environment for a littlun and had offered them somewhere in Maidstone Road until they can sort out somewhere more permanent. So I went to Folkestone. What with the traffic it took an hour, but once there I loaded my car full of their stuff and took it all back home.
I drove back to Folkestone; this time taking ages because my way was blocked by the frankly rubbish parking of the lorry of Folkestone Scaffolding. Why on Earth did they block up the entire street when they could have pulled over and parked by the pavement? I'm no expert but I aalways thought that parking your vehicle on the side of the road by the pavement (rather than in the center of the road along the white lines) was standard practice.

I arived to find the nice man & van we'd hired had arrived. They took the heavy bulky furniture to storage. I loaded up my car again, drove home again, and unloaded this lot.
My third trip to Folkestone was fortunately somewhat easier. But by now my tennis elbow was playing up, and slipping on the mopped floor didn't help the back I'd twisted earlier. But nevertheless I filled my car with a third load of stuff that wasn't to go into storage, took that lot home (to a rather full living room) then went back to Folkestone; this time to collect people to fetch back.

We were only fifteen minutes late for the appointment at the council offices; then I took them to their new home. It seems a nice enough sort of place. We then came home for the stuff they will need over the next few days and took that to the new place.

Pausing only briefly for "Daddies Little Angel TM" to lose her phone I came home. The plan was then to move all the crap out of the living room and store it upstairs. We shifted some of it. But my elbow hurts too much to continue.
"My Boy TM" says he will shift it in the morning. He's a good lad. I've scoffed some paraccetamols; I'm going to fall asleep in front of the telly now....