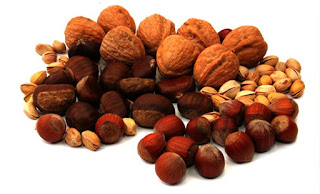 I got up five minutes before the alarm was due to do its thing and spent a couple of minutes picking up the turds that Sid had peeled out overnight. What a delightful creature he is...
Over brekkie I had a look-see on-line. Little had changed really. It rarely does. As I scoffed my brekkie I watched a particularly dire episode of "George and Mildred" in which a hen-pecked George was hiding in the pub. Much as I like going to the pub myself, it never fails to amaze me how large a part of life pubs play on the telly. I wish I could afford to go drinking as much as George Roper did.

And so to work. I do like my shift system because it gives me a lot of time off. However the flip side is days like today when I have to go in to work on a Saturday and do a twelve hour shift. But on reflection I prefer this way of working to a nine-to-five arrangement.

As I drove I was reminded of yesterday's valet-ing which the car had; both the gear stick and the steering wheel were rather slipperier than usual. And (as it does) the radio was churning out its own brand of drivel. There was an interview with a Kentish nut farmer who wasn't happy about the presenter's implication that people only buy his nuts as an ornament for Christmas then throw them away uneaten. He seemed surprised, shocked and offended by this.
I'm sorry if the farmer wasn't happy, but that's what we do every year. And so does everyone else. Don't they?

Bearing in mind how the new Star Wars film is in the news, the pundits were talking about how future wars will be fought using space based technology. I would have thought that shooting down communication satellites would be an obvious way to cripple an enemy, but the pundits seemed surprised at just how easy the entire global communication infrastructure could be knackered. Are these people *really* that stupid?

Despite the ding-dong I had with them earlier in the week I stopped off at Morrisons to get some supplies before work. Much as they might boil my piss, they have one over-riding advantage when compared to other supermarkets; they are on my way to work.
Admittedly I drive past Asda, but I drive past Asda (usually) before 7am, and they don't open until 7am. Visiting any other supermarket means a rather serious diversion.
I got there; I did my shopping. All rather uneventful when compared to my last visit.

I got to work, and had a very busy day. Ideally I would have gone on from work to the work's Christmas do. But not leaving work till gone 8pm meant I would be rather late. And a late night isn't good before an early start.
I've got to do all this again tomorrow you know..