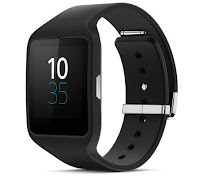 Over the summer we had our annual garden party; I worked the night shift before that. During the year we had two good works booze ups the nights before which I'd done night shifts. And I did the same yesterday.
A night shift before a party seems to be becoming something of a tradition for me.
But despite lack of sleep and copious amounts of food and drink I was still wide awake and watching Alan Partridge on the telly at 3am. This time it was not so much insomnia as guts ache from having eaten *far* too much.

I went back to bed and despite Sid's snoring I got off to sleep; finally waking shortly after 9am. I came downstairs fully expecting to have to sort out the carnage of yesterday only to find it had all been sorted.
"er indoors TM" has done a rather good job of Christmas. I quite enjoyed yesterday; in years gone by Christmas has always been done in Hastings. And much as I do like seening family and friends, historically Christmas has always been something of a road trip for us.
It was good having the day at home for a change.

As the rest of the family snored I had a look on Facebook. For all that over the last few days everyone of my acquaintace seemed to be complaining about not feeling Christmassy it looked as though most people had a good time yesterday.

"Daddies Little Angel TM" called round with a pile of laundry for us to do, and I then spent a few minutes messing with my Chrimbo pressie. "er indoors TM" got me a SmartWatch. It took a little farting around to get it commected to my phone and I've got a lot to learn about it but it seems to be a good toy.

We then took "Furry Face TM" round the park for a walk; picking up a few Munzees as we went. The plan was to come home via the pet shop to get some dog food, but they were closed today.
Once home we started watching all the drivel that the SkyPlus box had recorded for us yesterday until father-in-law came to visit for a bit.

Many people make a point of doing something on Boxing Day. We do lots most days; having a lazy day was a really good change...