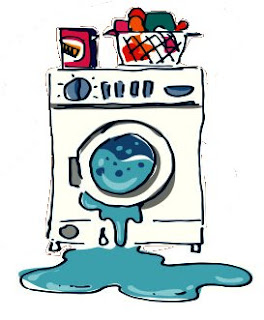 What with one thing and another last night was the last night that both "er indoors TM" and I would be home before Christmas. So we had a rather good dinner and a bottle of wine. And as it is nearly Christmas I opened a bottle of port.
I was therefore rather amazed to be wide awake at 1.30am this morning. I got up and watched a couple of episodes of South Park before going back to bed where I dozed fitfully until I could resist the call of the lavatory no more. After that I went back to bed again and this time slept like a log for an hour until "er indoors TM" "quietly" got dressed.

I got up, fed the dogs, fed "Daddies Little Angel TM"'s laundry into the washing machine and fed myself. Over brekkie I had a look-see on-line and I must admit I had a little gloat at the tribulations facing Theranos. For those of my loyal readers who are unaware of the company, Theranos are a recently launched company who are trying to undercut the blood testing market by offering really cheap blood tests.
However the established blood testing community seem to favour using devices which give accurate and repeatable results. We tend not to use machines which seem to rely on random number generators (rather than reliable science) to produce results.
But enough of work; today is a rota-ed day off.

I then took the dogs for a walk. Fudge was raring to go; Sid wasn't interested. But he came anyway. Apart from Sid's harness completely failing half way round, the walk passed off without event. We might have gone further than we did, but the rain was persistant so we cut our walk short and came home.

I had a look at the astro club's accounts, confirmed the pub booking for next Monday and then wandered up into town. I had some money to pay into the astro club's account. I came home via the milk shake shop (which was actually open for once). I was hoping for a Christmas pudding milkshake; I had to settle for a curlywurly one.

I came home; emptied the washing machine and flooded the kitchen. The machine hadn't spun off the excess water. Oh how I laughed. Using six towels I managed to soak up all the water. I had an idea that the pump might have blocked; the engineer once showed me how to sort that. So I opened the pump and flooded the kitchen again. Pausing only briefly to go get more towels I opened the inspection hatch and shone a torch in I could see the problem. There were two dog poo bags stuck in the trap. So I hoiked them out and had another look. There was a wodge of elastic hair bands wrapped around the pump. In theory if I could get a crochet hook into the tangle I could pull it forward, cut the elastic with a Stanley knife and all would be sexy.
In practice I had no crochet hook. At the suggestion of "er indoors TM" I emptied the kitchen's "man drawer" and the sewing basket to find one, but to no avail. I even asked the nice lady next door but she didn't have one. After an hour's struggling and lacerating of fingers I finally managed to get the tangle off of the rotors by use of a tent peg and a Stanley knife. There wasn't *that* much blood really.

I had this plan that by 3pm "Daddies Little Angel TM"s laundy basket would be empty and i would be looking to take it all back to her dried and ironed. At 3pm only half of her stuff had gone into the washing machine (and was still wringing wet) *and* I had ten sodden towels to sort out.
However I did have a functional washing machine again. So I started washing again.

As the washing chugged I watched "Dad's Army"; my SkyPlus box had recorded the feature film for me to watch. That was kind of it. As I watched I tidied out the kitchen's "man drawer"; I'd made a bit of a mess of it earlier. And (to be honest) there was a *lot* of rubbish in it. I threw out about half of what was in the thing but it still looks full.
Interestingly I found three shoe horns in there. I've been searching shops high and low for the last month trying to get a shoe horn and there were three in my kitchen all along.

Cheryl came round to deliver the sprouts and parsnips for Friday, the dogs had their tea and I watched another film. "Community" is a rather odd horror film about a rather foxy film-maker who falls foul of a transvestite drug-dealing psychopath. If nothing else it passed a couple of hours whilst I was waiting for a message from "er indoors TM". She was on her works booze-up today. I collected her just before 8pm expecting the worst.
Bearing in mind the state she's come home in from previous works events my fears were unfounded.