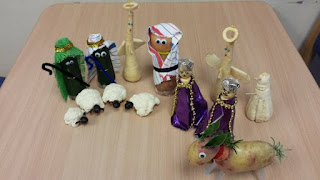 Again I slept well; waking only minutes before the alarm. I got up and wasted quite a bit of time trying to find a container in which I could transport my parsnip dalek to work.
Over brekkie I watched the most recent episode of "South Park"; much as I giggled I distinctly got the impression that unless one was seriously up to date with current American politics much of the show would go over your head. Mind you, with that in mind I was grateful that it doesn't seem to be just my small part of the work that is struggling with the "politically correct" crackpot brigade.

As I drove to work (as always) I listened to the news. The Japanese have decided to defy world opinion and carry on hunting whales in the Antarctic. Personally I'm of the opinion that why do we have a navy if not to stop this sort of thing. The navies of the civilised world should go and reason with the whalers, and if they don't turn around, torpedo them. Personally I wouldn't stop to pick up survivors, but I can be somewhat harsh.
I was also somewhat peeved to read the story of a pensioner who successfully sued Apple for inadvertanetly wiping all his personal data when he took his phone for repair.
Has this fool never heard of the term "backup"?

I got to work for the early shift. It wasn't long before everyone was in. Quite a few people had brought in their contributions for the vegetable nativity, and there is no denying that my parsnip dalek looked quite pathetic in comparison to other people's efforts. Mind you this vegetable nativity competition is a team effort; I'm confident of our victory.

And so home. As I walked "Furry Face TM" we saw "nasty next door" parking their car. She made a point of completely blanking me. She's done that consistently for the last ten years. It is getting rather wearing.
After our walk I opened the first window of my lego advent calendar. And then spent a little while trying to work out how to start this year's story. Every year I do my advent calendar ramblings. And every year I *could* start preparing when I get the thing in August. I don't though. I wait until when I am supposed to open it.
I wonder where this year's story will take us. Personally I'm hoping for a return of RU12, Arbuthnot Fink and the felonius miscreant. (Who?)

Being Tuesday the clans gathered and we watched last Saturday's episode of Doctor Who. It was better on the second viewing..