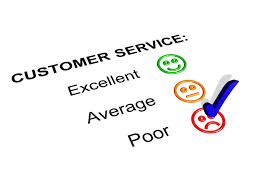 I stopped off at Morrisons on the way to work last night. In much the same way I have done several times over the last four years. As I queued at the checkout there was a minor altercation in the queue behind me. One chap was standing with a basketful of packets of sweets. Loads of sweets. As I looked at them I vaguely wondered about stocking up with the things myself for Christmas. And then some rather officious woman in Morrisons uniform bustled up and aggressively demanded that he put most of them back. She would only allow him to buy six packets of sweets.
He seemed to accept this; I mentioned to the chap that if he wasn't allowed to buy them I would have some of them - they would be ideal for Christmas. Five minutes later the same officious busybody marched up to me and told me that the checkout girl had accused me plotting with the other chap to somehow defraud Morrisons. She accused me of buying shopping to then pass on to this chap, and rudely went on to say that for reasons that she could (but wouldn't) explain it is illegal for anyone to buy more than six of any given item from a shop.
This is patently nonsense and has no standing in law. Even if it is a strange regulation peculiar to Morrisons it is not one whach I have ever seen enforced. The people in the queue in front of me were buying *lots* of bottles of a certain brand of wine.

Over the years I have come to accept rather shoddy service from Morrisons but this was an all-time low. I told her (in no uncertain terms) where she could put her groceries and drove round to spend my money in Sainsburys.
The manager at Sainsburys confirmed my suspicion that there is no legal bar to buying as much of any given item as I choose. He also had an attitude which could not be described as "obnoxious" which has made me wonder if I might not be better off spending my money with them in future.

I sent them a rather scathing email, then did my night shift.

As I drove home I had a wry smile at the news. Ex-Radio One disc jockey Neil "Doctor" Fox has been cleared of all the horrible allegations made against him.
Following this, Britain's most senior magistrate questioned the pursuit of historic sex attack cases. "The most difficult aspect of this case was most of the allegations were historical," he said. "While the events were undoubtedly memorable for the complainants, it's appropriate to approach with caution accounts which happened of a brief period so long ago."
Broadcaster Paul Gambaccini, who was also arrested over historic claims before charges were thrown out, called for Metropolitan Police Commissioner Sir Bernard Hogan-Howe to resign.
Meanwhile in America Bill Cosby (who despite all the rumours has still to be formally charged with anything) has sued seven women saying they lied when they accused him of historical sexual assault with a plan to make money from the allegations.

Whilst the alleged crimes in these cases are terrible (*if* they actually happened) the supposed victims have had quite long enough to bring their cases. But so many people really do beleive in the "no smoke without fire" philosphy and innocent lives are ruined.
I've ranted about this before, haven't I?

Once home I had planned to take the dogs for a walk. The rain was against us, but we had a go. After a hundred yards Sid sat down and refused to go any more. I managed to coax him on a little, but we didn't go far.

I then spent most of the day asleep. I'm off to another night shift now...