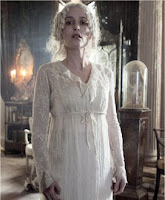 Having played cards last night I was rather late to bed. I dropped off immediately, but was woken by "er indoors TM" coming home an hour or so later, and that was it for the night for my sleeping. When I go to kip I drop off right away, but once woken I have serious trouble getting back to sleep. Exactly the same thing happened the night before when "My Boy TM" came home quietly.
Over the last two nights I don't think I got more than five hours sleep, and bearing in mind that the ongoing sinusitis has me more bunged up than a bunged up thing, I wasn't feeling in tip-top condition today.

So this evening I did something which was quite out of character: I sent my apologies to the astronomy club. To be honest I wasn't overly fussed about the planned activity for the club tonight: the film society was going to play the film of Apollo 13 and charge us four quid each for the privilege. Much as I would like to have met up with everyone tonight, I wasn't really feeling up to it.

So instead I stayed home and did the ironing. Whilst ironing we watched the BBC's latest adaptation of "Great Expectations"; quite watch-able, even if I had no idea what was going on for most of the time. That Miss Haversham was as mad as trousers....