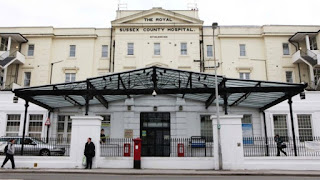 I had an excellent day’s fishing yesterday, but the fish we were catching were rather scrappy. I may well have overdone it; my right elbow was *really* aching this morning. The pain kept me awake last night (that and the combined snoring of "er indoors TM" and "Furry Face TM")

As I scoffed my brekkie this article popped up in my Facebook feed. It made me think… There was no such thing as ADHD when I was a child.  But (apparently) whereas one child in ten is now diagnosed with ADHD in the United States, pretty much no children at all are diagnosed with it in France.
The author of the article rather implied that there is a high prevalence of ADHD in the US because the culture there is driven by loony-lefty-tree-hugging talking and reasoning with kids which is encouraged by the pharmaceutical companies who invented the phrase “ADHD” to sell their products, whereas in France if the kids misbehave they get a slapped arse.
This sounds rather cynical, doesn’t it? However I do remember "My Boy TM" bringing a friend home once. This child was supposed to have a severe form of ADHD. Other parents had warned me of his terrible behaviour. The boy lived over the road from us; I would sometimes see him on the front of his house hanging from the upstairs windowsills screaming and shrieking. When he came to visit, I told him very firmly that we didn’t have any of that nonsense in our house and something of a transformation came over him. He said OK, smiled, and his behaviour was perfect.
And when I was a cub leader we had a child who would constantly spin around like a whirling dervish (supposedly because of ADHD). We tolerated this because at cubs we had to run a loony-lefty-tree-hugging talking and reasoning regime. However one evening I asked him to go and do his dancing at the other end of the hall because he was in the way. He stopped spinning, glared and me and announced “it’s not dancing!” The other boys looked at him and said “yes it is”. The spinning/dancing stopped there and then; from then on he joined in with what everyone else was doing and the ADHD was never mentioned again.
Is ADHD a real condition? Is it just bad behaviour? Is it a manufactured money-spinner for the pharmaceutical companies? I don’t know but my limited experience makes me wonder if it *really* is a proper medical condition then just maybe it might be being over-diagnosed. And this may explain why.

I then took "Furry Face TM" round the park for a walk. As we walked I saw Bernie. I’d not seen him for ages. It was good to have a quick catch-up.
Once home I settled my dog and set off out. I went to the fishing tackle shop. On Sunday I whinged about the price of fishing tackle at the boot fair. Today I went to Angling Direct and I nearly laid an egg. I was expecting to pay up to twenty quid for a new reel. They started at eighty quid, and some were over four hundred quid. I’m going back to the boot fair.

I popped into Tesco for a box of chocolates and a get well soon card, then drove down to Hastings where I collected my Dad. We drove on to Brighton to visit my Mum. She’s had her aortic heart valve replaced. She was in good spirits; looking really well bearing in mind she is only five days post surgery.
We would have stayed later, but Dad was keen to get home before it got too dark; he is eighty after all. We left Brighton at 4.30pm. We got to Hastings two hours later, and I got home after a further hour’s driving. Three hours to cover sixty miles?
Sussex *really* needs a coastal motorway.