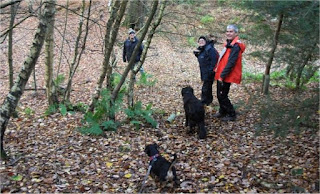 I woke in pain this morning; I think I overdid the furniture moving last night and my elbow was *really* hurting.
Over brekkie I watched last week’s episode of “South Park”. Whilst I quite liked it I got the distinct impression that I had no real idea of what was going on. I then struggled with my phone for a while. Last night it developed a bug in that the wi-fi would not turn on. After a lot of struggling with it I tried telling it not to scan for networks and it started working again.

I then checked emails. I had two for the astro club; one was an advert to improve our Google rankings, one was an advert for improving our organic audience development strategy. I’ve now removed the email link from the club’s website and put a picture of the email address there instead. If people want to contact the club they can read words in the picture. Hopefully spambots can’t read.
I also had a message from one of my loyal readers recommending the “alternate day fasting” diet in which you eat normally on one day and seriously restrict what you eat on the next. It may well be worth a try.

I popped the lead onto my dog and we went out. We’d arranged to meet friends for a little geocaching session not far from Bessel’s Green; Google’s sat-naving probably took us about twenty miles out of our way to get there. But for various reasons everyone else was delayed and we were actually first to get to the meeting point. It wasn’t long before we were all together, and four of us (and two dogs) set off on a rather damp walk. Bearing in mind how dry this year has been, it was rather odd to be walking along muddy and squelchy paths today. But we had a good walk. We were intrigued by one metal stile which had been comprehensively destroyed (how did that happen?) and we were amazed to find a full bottle of gin in the undergrowth. Hunting for a geocache; found a bottle of gin. How many people can say that has happened to them? I took a few photos whilst we walked. It was a rather pretty walk; it was only a shame the day wasn’t brighter.
We walked for two hours; billed as a walk of two miles, “Hannah” measured it at three and a third miles. I’m of the opinion that my sat-nav over-estimates walking distances.

Geocache-wise it was a good walk. There was a range of hides; some trickier than others. It would be an ideal route to take someone new to the hobby on to show them what sort of things to look out for. But I wouldn’t recommend it to the inexperienced; there were some rather difficult ones there. Personally I would have upped the difficulty setting on many of the caches (but that is just me). Some were works of genius, but as is so often the case, the cleverer the hide the more fragile it becomes.

We got back to the cars just as the rain started. We said our goodbyes and came home. I came home to find "er indoors TM" stashing meat into the freezer. She’s taken to ordering meat in bulk. It is *really* good stuff and it is really cheap too.
And with meat stashed "er indoors TM" went back to work. Me and my dog settled in front of the telly for the afternoon. His snoring kept me awake. Firstly through an episode of “Thunderbirds Are Go” which was rather good, then through another episode of “Game of Thrones”.  I then voomed round with the hoover and watched Sunday’s episode of “Planet Earth II” over a cup of coffee. I must admit this episode was a disappointment. The first one was about obscure islands and the second one about mountains. I’ve not seen many wildlife programs set in these locations. But this third episode was set in the jungles; I’ve seen several programs about jungles.

My phone pinged. A month ago I ordered some new trousers from eBay. The ones which were sent were the wrong waist and leg size so I sent them back. I’ve finally got a refund, but no refund for my postage costs for returning the trousers. Time for negative feedback… that usually elicits a response.

Being Tuesday the clans gathered. Today in Romney Road. Insults were bandied (as they often are) and then we watched the Christmas episode of “The Flash” – last Christmas’s episode. We are a tad behind with the show…