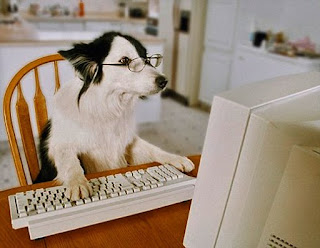 On the one day that I didn’t need to be up and I’d actually managed to stay asleep, "er indoors TM" had forgotten to turn her alarm off.
Over brekkie I watched the second episode of “The Young Pope”; an odd show. I wonder where it is going?

"Daddy’s Little Angel TM" phoned – did I fancy a dog walk? We went through the back streets to the far end of the park where "Stormageddon - Bringer of Destruction TM" disgraced himself by sitting in puddles. As we walked we met OrangeHead who blanked us. Her Chunky Little Friend was civil, but I got the impression that OrangeHead wasn’t pleased about that.

We came home, and after a quick episode of “Paw Patrol” "Daddy’s Little Angel TM" and "Stormageddon - Bringer of Destruction TM" went their way, and we drove round to Matalan where again I failed to get any trousers anywhere near big enough for me.
We then went on to Hastings to collect my daddy, and then on to the Royal Sussex County Hospital in Brighton to see my mummy. She’s now ten days post heart surgery and looking a lot better than she had been. There’s talk of her coming home later in the week.

We stayed for a couple of hours, then fought our way back home through the rush-hour traffic. "er indoors TM" then went bowling whilst I caught up with some of the stuff the SkyPlus box had recorded for me. The second of last week’s episode of “Game of Thrones” was good, and the last episode of the current season of “Poldark” was excellent. That Ross Poldark is quite the beast.

I then had a look at this week’s instalment on dog psychology. This week we are looking at “Communicative Intentions”. Apparently it came as something of a surprise to science to find out that dogs can actually understand what we say to them, and that they can communicate what they want to us. Science only determined that in the last twenty years.
Presumably science doesn’t have a pet dog? (Odd… I do!)
Mind you when science got going it found out that dogs can understand gestures from humans far better than chimpanzees or other great apes can.

Perhaps my dog is pretending to be thick, or just being wilfully disobedient…