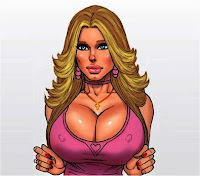 I slept for five hours last night. Not too shabby at all when you bear in mind that I’d decided that if I had another night like the last few I was going to take the day off work as sick leave.
Over brekkie I watched the third episode of “The Young Pope” which my SkyPlus box had recorded. It’s is a strange program; but in true keeping with today’s telly the foxy blonde got her tits out in this instalment. It is a drama about the Pope and the Catholic church, and yet the tits come out. Why? And again in true keeping with today’s telly seventy minutes of recording only played for just under fifty minutes by the time I’d fast-forwarded through the adverts.

I then sparked up my lap-top and had a look at the Internet. It was still there. Facebook was alive with lamentations about the death of Leonard Cohen. I have nothing against the chap, but I can't say I ever liked his music. I can remember my old mate David Thornton back in the late 1970s describing his songs as "music to slit your wrists to". A tad harsh perhaps? I must admit I thought the chap had died years ago.
Mind you I'm getting a little fed up with people giving glowing epitaphs on social media about ex-celebrities about which they have never previously publicly shown any interest whatsoever. Take this example of the late Leonard Cohen. I'd not anything about him for years neither in conversation, on social media or have I heard any of his music being played anywhere that I can remember since my old mate David Thornton was so dismissive of his work. And now everyone is devastated about his passing.

It was cold as I walked to my car. As I drove to work the pundits on the radio were still raking over the Presidential election. They were also raking over the Brexit referendum too.
For all that it was rather obvious at the time, the referendum asked a rather stupidly simplistic question. Did we want to stay in the EU or not? Plenty of misinformation and lies were bandied about and the leave campaign won.
So the decision was made. But what *exactly* does leaving the EU mean? Do we try to remain part of their free trade bloc? If so that means keeping some of the EU rules? Do we just up-sticks and go?
It turns out that repealing all EU legislation would leave the UK with whole areas of law with no legislation whatsoever. No one realized that the UK handed over much of our law-making lock stock and barrel to Brussels and (apparently) there are whole swathes of law about which Parliament hasn't legislated for forty years. If we get shot of all the current laws will laws passed fifty years ago have any relevance to today's world? We might suddenly find ourselves with absolutely no laws about Internet usage for example...
It seems that there are enough MPs ready to vote against any kind of Brexit until a *properly* thought out Brexit strategy can be devised. (As opposed to the unworkable nonsense that Farage and Johnson were touting - and where are those millions of pounds that were promised to the NHS?)
I would have thought having a plan was a pretty sensible thing to do, but those who are holding out for common sense are being vilified for acting "against the will of the people".

I got to work and had a rather busy day. I came home to find a removal lorry outside our house. It looks like the neighbours we like are moving tomorrow. Such a shame; they were really good people. We’ve not had much luck with neighbours. We had a really nasty couple living on one side for years. They moved out and the local loony moved in. On the other side we have had (at least) twelve different sets of people (and two separate spells where the house was empty for months).
I wonder what the new lot will be like…
Posted by Manky Badger at 7:15 pm