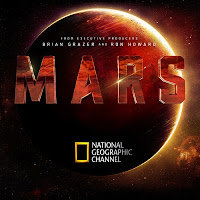 I slept surprisingly well last night; waking shortly before the alarm. Mind you I don't like getting up whilst it is still dark outside. I was surprised to find my little dog had spent the night in his basket; mind you, much as I like having him with me upstairs I'm slowly realising that a lot of my restless nights are due to *his* restlessness.
Over some toast I watched last night's episode of "Dad's Army" in which Private Pike saved the day with his porridge. A nice trick if you can do it.

And so to work. Yesterday was very cold. Today wasn't cold. However it was very wet and very windy. Storm Angus had struck and the aftershocks were rattling through.  (Since when have storms had names?) But the storm had done its worst by the time I left home. I found a few branches across the A28 as I drove to work, and the road was completely flooded in several places.

As I drove I had the radio on. It started off with an article about the difficulties of farming Highland cattle commercially. Personally I'd never given the matter a thought before, and now I am aware of the trials and tribulations of the Highland cattle farmer I can't say I'm going to give it much thought in the future.
There was then talk of how religious fervour is sweeping the UK gypsy and travelling folk communities.
One traveller interviewed was rather vocal about how praising Jesus is far better than stealing and fighting. (And they wonder where these stereotypes come from...)

There was then a discussion about how aggressive religious extremism is springing up across the work in all sorts of faith including Islam, Hinduism and Buddism. But not in Christianity apparently. Much importance was assigned to a report on the matter, and the chap presenting the report was adamant that this was a problem in all faith groups except Christianity. He tried (and failed) to gloss over the fact the report had come from the Catholic church.

I'd set off to work early; I'd hoped to get some fishing gear and a seat-box from the boot fair that operates in the park-and-ride on a Sunday morning. But there was no boot fair today. I'm not surprised really; the weather was awful.
I got to work and braved the weather as I ran from the car park to the door. Once in I dried off and did my thing. I didn't really mind being at work today as the weather outside was so bad.

And twelve hours later (with my thing done) I came home. I got home in time for the second installment of the National Geographic Channel’s mockumentary about a future Mars mission. Last week’s episode had several snippets which I thought were scientifically dubious; this week’s episode was just dull. Nothing really happened.
Mind you I stayed awake, which was a result…