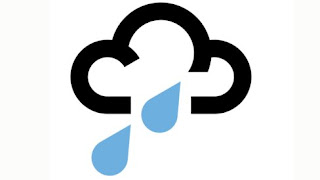 Both me and "Furry Face TM" slept well last night. I came down shortly after 7am to find him tightly curled up on the sofa. He usually sleeps well after a good walk, and much as I do like him on the bed he can be fidgety.
Over brekkie I had a little look-see on-line. Not much had changed overnight. Mind you I did get a little peeved by something I read on Facebook. One of my daughter’s friends was having a rant about how few women and black-minority-ethnic are in positions of authority in society. Is this true? I regularly answer to both professionally. And if it is true is this *really* institutional bias? I can remember the days of “positive discrimination” when people of various minorities were given various jobs on the basis of their minority (rather than their ability to do a job). The idea didn’t work because the people of the various minorities didn’t apply for the jobs for which positive discrimination was being used. I pondered about posting a little rant to this effect but decided against it. She obviously felt strongly on the matter, and I’m sick of the pointless arguments which the Internet generates.

I then stood on the scales and weighed myself. I’m sick of being so fat; I’m now seventeen stone and one pound. Diet time. Mind you when I say “diet time”, “constantly hungry time” is a more accurate description. I hate being fat, and over the years I have tried pretty much every diet there is. Everyone (especially those without a weight problem) has theories about weight loss that don’t work for me. After years of trying them all, the only way for me to lose weight is to be hungry all the time. I’ve reactivated My Fitness Pal dot com; keeping tabs on what I ate last time helped.

I popped the lead onto "Furry Face TM" and we went out to meet "Daddy’s Little Angel TM" and "Stormageddon - Bringer of Destruction TM". We had intended to walk out to Singleton Lake to feed the ducks but the rain put us off of that idea. We just had a quick zoom around South Willesborough and came home again. Once home I had intended to sort my fishing tackle; I didn’t get of with that rucksack I found in the shed and wanted to put all my gear back into the bag from which I’d taken it. But again the rain put me off of the idea.
So I phoned the hospital to reschedule the upcoming CT scan of my nose (that took about ten times longer than it needed to) and made a start on this week’s dog psychology course.

I went to bed shortly after lunch and spent a little longer than usual nodding off. Cold feet ! – I wonder where my hot water bottle went?

Over a bit of tea (chef select roast beef dinner – 396 calories!) I watched an old episode of “Upstairs Downstairs” and now I’m off to the night shift… I shall take a lot less food with me that I usually do…