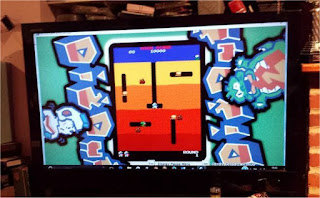 I had a night plagued with rather vivid dreams from which I was rather glad to be woken by a restless dog. And with no reason to be up and about at sparrow-fart I found myself learning about dog psychology well before 7am.
I then checked my emails, and was pleased to see I only had LinkedIn emails to one account. Not that I use LinkedIn very much, but a while back I realised I was getting LinkedIn emails to my Google email address, and my profile picture on LinkedIn kept coming and going. After a little detective work I found that I had two LinkedIn accounts. One I set up using the email address that I use, and one I didn’t set up was attached to an email address I rarely use. I can only assume that when the nice people in PC World set up my lap-top they created me a LinkedIn account, or that someone has been playing silly beggars. I requested a password change on the old account and shut it down a couple of days ago. The emails seem to have stopped.
So if anyone has friended me on LinkedIn using the Google email address, that account is no more.

I bagged up the wrong trousers that came from eBay yesterday, put the lead onto my dog and we went out for a walk. We soon met up with "Daddy’s Little Angel TM". "Stormageddon - Bringer of Destruction TM" ran to me. I was about to get down to my knees for him when he stopped running, He wasn’t running to me at all; he was running to my little dog. “Fudgey  Fudgey Fudgey” he shouted.
We walked to the post office where I sent the trousers back from whence they came. Feeling a tad peckish we got sausage rolls from Greggs where we met Shrub’s mum. We chatted for a bit, then carried on with our walk. We went past where "My Boy TM" works, and we stood outside for a few minutes in the hope of seeing him. No such luck; so we came home along the river.

Once home I had another rummage in the shed to see what more fishing gear I could find. It is amazing what is in that shed. I found an unhooking mat, two rod bags and a large rod holdall, a rig wallet and a humungous rucksack to keep them all in. Result.

My phone beeped. Dave Higgins had added me on Facebook Messenger. I wonder who he is? As I pondered I thought I might sort my letter rack; I’ve not been through it for some time. I found a couple of bank statements so I had a quick look at the accounts. Bearing in mind how I’ve hammered the reserves recently (with ill dogs and car repairs and pond filters and new laptops and stuff) they could be worse. But bearing in mind there is bedroom plastering, new fuseboxes and hall lighting needing doing they could do with being a bit better.
I had a letter from the Halifax about changes to my account. I haven’t got an account with them.
I had a letter from the estate agent who sold nest door’s house asking if they could sell mine too.
I spent all the money I might have spent on Christmas cards on Crisis at Christmas.
I got an offer of cheap energy from “Ovo”. Call me an old traditionalist but I shall stick to getting my leccie and gas form someone I’ve actually heard of.
I had the offer of a free eye test from Vision Express.
I had a letter from the dentist to say he was putting up his bill by seventy pence per month. He’d also sent a rather posh magazine which went straight in the bin. If he’d not sent the magazine he needn’t be putting his prices up.
My optician and the water company also both sent rather posh magazines which went straight in the bin.
Renault sent me an incredibly posh magazine which went straight in the bin. That one must have cost a fortune to print.
Corgi Home Plan sent a rather impersonal letter saying that as my boiler was now five years old I should take out a policy with them. I shall stick with IB Heating.
My life insurance people had sent a letter saying I had life insurance with them. I re-read it a few times; I have no idea why they were pointing out the obvious.
And I had the option of having a cheap will written up for me. I’ve already written my will. It is on one of the links at the top of this page.

I then had a brainwave and wasted an hour or so rigging my laptop and ChromeCast so’s I could play “Worms” on the telly in the living room. It didn’t work… I got the sound to work, but not the video. I got it to do the picture for Dig-Dug, but the picture as lagging a couple of seconds behind the action on the laptop and I kept getting got.
So instead I reprogrammed a Wherigo – some chap played one of my Wherigoes and liked it and asked if he could have it. I was only too happy to oblige… so if you are ever in Devon…