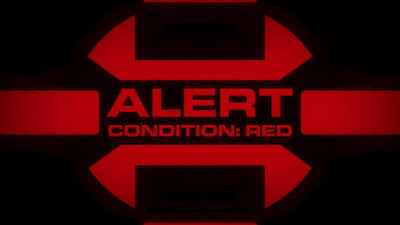 I sneaked downstairs and managed to creep past two sleeping puppies and get a shave in peace before chivvying them outside to do what puppies do best. They spent a few minutes whinging to go upstairs to bother either “er indoors TM”, the big dogs, or all three, but eventually gave up and sat with me on the sofa as I watched an episode of "Orange is the New Black".

We then all went upstairs. Me to get dressed; the puppies to bother anyone that was game to be bothered.

And so it was back to work. Despite having worked Friday night it’s been a rather good Platty Joobs (to coin a phrase) A good walk with friends on Thursday, a family golf day on Saturday, and time with both fruits of my loin yesterday. It would have been good to have got involved in some public-spirited community event for the Jubilee, but there either weren’t any locally, or I didn’t hear about any.

As I drove to Pembury there was a lot of talk about the Prime Minister finally facing a vote of no confidence. It has been a *long* time in coming. And then my piss boiled.

There was a lot of talk about the problems of recruitment in hospitals. No one wants to work in a hospital. Tens of thousands of people have left the NHS for jobs with better pay and better working hours and conditions, and everyone being interviewed was pretending to be surprised.

And then there was a lot of talk about how London's tube train network was pretty much closed today as all the workers are on strike for more money. As I mentioned the other day the average rail worker gets about fifteen thousand pounds more a year in wages than the average nurse... is this because they go on strike and demand it whereas the average nurse (and all NHS workers) seems to be content with having the public standing on the doorstep clapping like a thing possessed in lieu of any financial reward?.

I stopped off on the way to work. Having made good time I spent a few minutes on an impromptu Munzee-ing session round Pembury sticking bar codes onto lamp posts. I had no idea that some parts of Pembury were as run-down as the bit I found this morning. I always thought Pembury was posh.

And so to work which was rather busy today. Far busier than I'd planned or hoped. As I have said before, working in a place which has regular "Red Alerts" is nowhere near as glamourous as Captain Kirk makes it appear. We had two in the first hour this morning. What with that and one or two other little episodes I was only half an hour late getting home this evening.

“er indoors TM” has gone bowling. I shall iron some shirts in a minute. In an hour or so there will be an announcement about whether or not Boris Johnson survived the vote of no confidence…