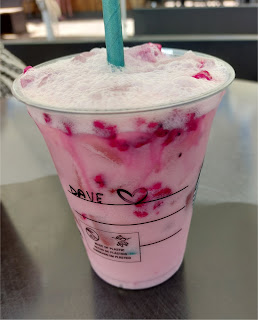 For all that the hotel room is rather nice, we haven’t so much got a bed as a stone block. The floor would have been more comfortable. Bearing in mind I’d knacked my back yesterday, it was even more painful as I got up. Mind you the view of the mountains from the room’s balcony was rather stunning this morning… as was the view of the jubblies of the nice lady on the balcony over the way.

We went down to brekkie. Some people were queuing to have one of the staff take you to an empty table. Other people were just walking in and finding their own table. Brekkie (and all meals) were rather anarchic in that respect.

Brekkie was rather good… far too much of pretty much anything you wanted. As we scoffed we fought with the hotel’s wi-fi. It is all very well giving written instructions on how to log on *if* the log-on screen actually appears. Eventually the nice lady on the reception desk logged us into the premium wi-fi as she couldn’t get the standard one to work either. However being logged into the hotel’s wi-fi and being able to access the Internet were two different things. Thank heavens for roaming data…

We went for a little walk. Firstly to log the geocache just outside the hotel’s gate, and then down to the little shop down the road. For all that the hotel had a promenade of pretentious boutiques, it didn’t have anything selling essentials such as bottles of water, pens, sun cream and the like.

We then spent a few hours on the poolside watching the world go by. As we slobbed we saw a couple from the plane we’d been talking to yesterday. We’d been right to have taken a taxi – we’d got to our rooms about two hours earlier than they had.

Also as we slobbed the children’s entertainer came past. There was a bored-looking chap playing some rather dire music, an even more bored looking girl who had been forcibly dressed as a smurf, and a dozen kids who clearly didn’t want to be there.

As the afternoon’s heat began to cool we thought we’d have a little outing. For five Euros we took a taxi down to the beach where we walked from the lighthouse up to a little shopping centre, had Starbucks, then walked past the lighthouse to a café selling over-priced daiquiris. As we walked the scenery was spectacular. There were some amazing sand sculptures and then realised that walking a long way in flip-flops is a bad idea.

We retreated back to the hotel where after a rather good bit of (far too much) dinner we played a few hands of cards, a game of chess (on a rather tiny travel set) and rounded off the evening watching a live-action Mary Poppins spectacular which was so terrible it was actually rather good.

I took a few photos today as well…
Posted by Manky Badger at 11:53 am