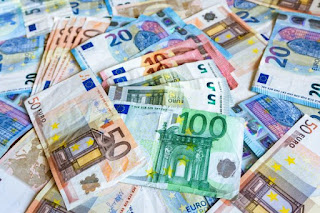 I slept like a log last night; finally waking with backache (always a sign I was in bed for too long). I made toast, and had some jam on it; the jam jar claimed the stuff was “made from real fruit”. What else would it be made from?

As I scoffed the toast I peered into the Internet as I do. Today is “My Boy TM”s third wedding anniversary. Three years, eh? The time has certainly flown. Though there wasn’t a lot else of note on Facebook today. There were a few photos from Saturday’s wedding, but had no one really done nothing else over the weekend? Or doesn’t everyone feel the urge to tell everyone else what they are up to (like I do)? My Facebook feed today was filled with adverts for dating sites filled with young Ukrainian women. I say “women”; they all looked to be young enough to be my granddaughters.

Once we’d all had our brekkies I set the washing machine going, loaded the dogs into the car and we drove down to Orlestone Woods where we had a good walk. The puppies aren’t quite as clingy as they were when we first started going to the woods; Morgan is getting particularly brave, and Bailey led one charge into the undergrowth herself. For once Treacle stayed out of the fox poo (for which I was grateful).

I then wrote up some CPD.. it’s a tradition that I do this before a night shift.

Another tradition used to be that people in my line of work gave up doing night shifts on their thirtieth birthday as the youngsters coming into the profession wanted the (rather lucrative) overtime and anyone at the ripe old age of thirty had had enough of night work.

Mind you things were different back then. People would (generally) sign up as an apprentice blood tester aged eighteen (or younger) and spend four years doing an ONC and then an HNC on day release at a technical college. The cost of your training was paid for by your employer as part of your wages and qualifying at age twenty-two (or younger – I was twenty-one) you then got on with the job.

These days graduates leave university at age twenty-two (having run up massive debts) and then muck about in various jobs before eventually hearing about blood testing. They then work in various ancillary positions in blood-testing laboratories in which they do all sorts of extra top-up qualifications (because their degree isn’t acceptable to become formally qualified as a blood tester) before realising two crucial things about blood testing in the twenty-first century. Firstly the job won’t come close to paying off all the debts they ran up as a student, and secondly there is no lucrative overtime any more (as night and weekend work is just part of the job these days). And so they jack it all in and go to do something else which pays better and doesn’t involve being up all night and working every weekend.

And consequently you’ve got me still doing night and weekend work… But do I grumble?

Talking of which I’m off to the night shift in a bit. I don’t mind *that* much – I’ve had a day on the sofa with my dogs and will have a night doing my own thing… hopefully.

Hopefully “er indoors TM” has got me a job lot of Euros…
Posted by Manky Badger at 6:00 pm