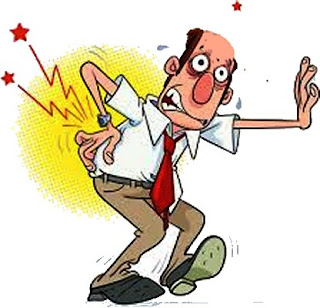 Another good night’s sleep. Much as I liked last week’s holiday, I’m glad I’m no longer trying to sleep on a mattress which is as hard as rock.

Over brekkie I saw one or two people had “liked” the video I made from my holiday photos. It didn’t take very long to knock up. Periodically I go through phases of making videos that few people watch; I might start doing so again.

I saw two friends had birthdays today… however one had died a few months ago. Do you send birthday wishes to the departed? It’s an awkward one, isn’t it? My mother’s Facebook page is still active; getting it memorialised isn’t easy.

“er indoors TM” refereed dog breakfast; Bailey has a habit of taking bits of her brekkie half-way across the kitchen before scoffing them, then going back for more scraps. However on leaving her bowl, Morgan and Treacle think she has finished, and it all becomes something of a free-for-all.

With hotter weather forecast for later we got ourselves organised, hung out washing, and went on a little mission. First of all to a church in Kennington where a new geocache had gone live yesterday but so far had no finders. We got to the location and after a couple of minutes found an old geocache exactly where the GPS said the new one should be. After a few messages to the hider it turned out that several people had been unable to find the old one and the geo-feds had archived it… even though it was still there. So the hider had created a new listing for the old pot. A tad confusing? Maybe. But we were told we were first ones there, and a cheeky FTF is a cheeky FTF.

From there it was a short hop to Kings Wood where we had a walk. Not one of the better ones, but not entirely bad. Morgan and Bailey will bark at everyone and everything, but people just smile at the babies whereas some people used to find Pogo’s barking intimidating. As we walked we kept finding a gang of thugs with a barely controlled rottweiler. The babies *had* to keep barking at that one, but eventually they had the sense to stop following us.

And then we found something amazing. I can find no mention of it on-line, but there must be an organised club or group? There were a load (fifteen to twenty?) of people walking together, all with at least one basset hound each. I wonder if there’s an organised dachshund group?

We came home via Sainsbury’s petrol station. Unusually for me I’d let the car get almost out of fuel. I put a shade under eighty quid’s worth of petrol into the car… the most I’ve ever spent on petrol.

And then something went seriously “ouch” in my back, and I spent the rest of the afternoon watching episodes of “Orange is the New Black” as moving from the sofa hurt too much.

“er indoors TM” boiled up a very good bit of dinner which we scoffed whilst watching an episode of “Bake Off: The Professionals” in which we watched professional pastry chefs building elaborate masterpieces in the hope that the things would collapse. Two did. I did chuckle – was that *really* so mean of me?

My back still hurts…