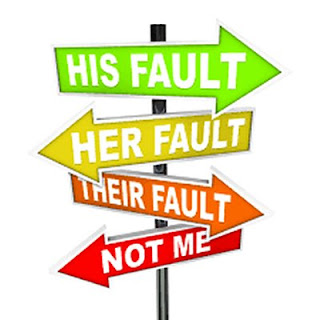 After a bottle of Slimfast coffee shake (rather yuk!) and an episode of "Orange is the New Black" I left everyone else snoring and set off to work.

As I drove the pundits on the radio were talking about how the Cabinet Secretary had been interviewed by some parliamentary  committee or other  about the "Partygate" scandal in which he claimed to know nothing about all the booze-ups in Downing Street? Did he? I don't know, but listening to the recordings of the interview it was quite obvious that what with the Prime Minister having got off scot-free, the hunt is on for someone to blame. The Cabinet Secretary looks to be an easy scapegoat in a classic example of the fifty-first Rule of Acquisition: “Never admit a mistake if there's someone else to blame”.

There was also more talk about the ongoing war in Ukraine. The so-called expert wheeled on to the radio today (no idea who he was) seemed quite clear that the Russians are going to win, and implied that funding the loosing side is a rather costly business for all concerned. It certainly seems to have been so far.

I got to work for the early shift. I did what I had to do today with something of a "I can't be arsed" attitude. I really do need to talk to someone about taking early retirement. But being an early shift I got out promptly.

I came straight home and took the dogs to the woods. We met a few other dogs as we walked; Treacle was funny. Back when Pogo was with us, Treacle would cower in terror from other dogs. Now she goes up to them and says “hello” without any concerns anymore. Is this because she is now “top dog” of our wolf pack?

The last dogs we saw today made me smile. We’ve met them before; they are the size of cart horses and have to be on leads as they don’t behave. They came round a corner and were on top of us before I could lead up my pups. Hoping to avoid previous “episodes” I firmly told the pups “straight past!” and all three walked straight past (as good as gold).

The woman struggling with the cart-horse-sized dogs commented that she wished her dogs were as well behaved as mine. I felt like commenting that the first step in managing a dog is to have one of a manageable size, but thought better of saying anything.

“er indoors TM” boiled up a vary good bit of dinner which we washed down with an incredibly cheap bottle of plonk. We’ve had wines of the Sainsbury’s “House” brand before. The Shiraz, Merlot and Malbec have been *very* good. The bog standard “red wine” was (sadly) rather grim, but with change out of a fiver it could have been a lot grimmer.

Oh – and today’s bird is “wren”. It sounds rather like what I’ve always thought was a skylark.