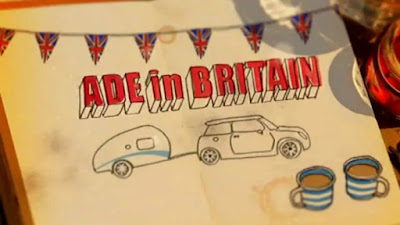 I woke shortly after one o’clock feeling like death warmed up, and then spent the next four hours dozing fitfully plagued with nightmares about having been drafted into the army.

I got up half an hour before the alarm was due to go off, made toast and scoffed It whilst watching an episode of “Fresh Meat” then tuned in to the Internet. There were several posts on one of the work-based groups from American blood bankers who were talking about a rise in patients asking for blood from donors who have not received any of the COVID vaccines. I made the observation that people like this make me wish that together with the “like”, “love”, “care”, HaHa” “Angry” and “Sad” responses, Facebook had one that said “FFS”. What do these vaccine-deniers seriously think the vaccine is going to do other than offer a resistance to a disease?

I put on my new shirt and, taking care to let sleeping dogs lie, I got ready for work. As I walked out of the front door so not-so-nice next door had just come home. I wonder where she'd been to be coming home at half past six? Wherever it was, she seems to go there overnight quite a lot.

She was trying to park her car. "Trying" being the operative word. I wouldn't say that I doubt she's passed a driving test, and I know that parallel parking can be tricky, but every time she pulls up outside the house she reverses the car into the space so it is actually perpendicular to the kerb. The car really does poke out at a right angle, and she then spends about fifteen minutes to-ing and fro-ing trying to turn the car through ninety degrees to get it alongside the kerb in line with all the other cars. As she shuffled forward and backward so she glared daggers at me as I walked past.

As I drove to work the pundits on the radio were talking about the Prime Minister's announcement that employers should be flexible with their staff on Monday, and if people get that pissed up on Sunday (when watching the football) that they are incapable of coming in to work afterwards, then employers should turn a blind eye. There is even talk of the Prime Minister giving the country an extra Bank Holiday this year if the England football team win the final on Sunday.

You can see why this twit is so popular with the masses, can't you?

Meanwhile the ongoing coronageddon has left councils up and down the country  over three billion quid short.

I got to work and made a start on another early shift - the ninth in two weeks. I do like the early start. I did what I had to (taking great care not to volunteer for a bonus shift tomorrow) and, with my bit done, came home again.

When I got home my phone presented me with some memories on Facebook. One of the memories was the album I created which featured various piccies of the pond’s early days. I added one or two more piccies to it to bring it a bit more up to date. I shall add some more at some point – it needs piccies of the sundial, Fudge’s memorial (for want of a better word) and the camouflaging of the pond’s filter adding.

“er indoors TM” and I then took the dogs out to Great Chart where we had a good walk. For some reason the path up to the river was heaving with joggers this evening, but unlike the joggers who plague Viccie park, these ones were all polite and friendly. It was a shame that he dogs found the only mud for miles around, but the mud wasn’t anything a dunk in the river couldn’t sort out.

Being Friday we had fish and chips for dinner which we scoffed watching an episode of “Ade in Britain” in which Adrian Edmondson made cheese and a pork pie, served biscuits to bell ringers and visited a monastery. If anyone else was presenting the show it would be so tedious, but Ade really does bring it to life…