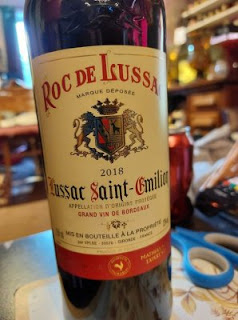 I watched another half-episode of “Fresh Meat” as I scoffed toast. The show makes me think – it is about a bunch of youngsters sharing a house whilst at university. Bearing in mind I did my degrees and post-graduate stuff whilst working (with small children in the house) I never did the house-sharing thing, and I think I’m pretty glad I didn’t. The closest I ever came to that was two weeks living in Ashford Hospital’s Nurses’ Home in September 1984 and it was pretty much the most miserable time of my life. There were twenty-four rooms in the place and it was filled with people *pretending* to be having a good time. I can remember that putting any food into any communal fridge or cupboard was pretty much the same as giving it away (as you would never see it again). All mail was opened by the resident weirdo who thought all mail was for him. It spoke volumes that for all that everyone was loudly saying what a good place it was to live, there wasn’t anyone who wasn’t actively searching out alternate accommodation. I suppose some people must like that lifestyle; I certainly didn’t.

I sparked up my lap-top and peered at the internet. A couple of days ago I whinged about our Munzee clan. At the last minute last night our Munzee Clan Leader got a shift on, and our clan reached its target. Go us!!!

I then rolled my eyes as I read some of the postings on a work-based Facebook group. Once upon a time that group was educational and helpful and a resource for all. Nowadays random people post photos of random blood cells and say “what do you think?” and people who clearly haven’t got the faintest idea post random guesses ranging from “guts ache” through to “fatal death syndrome” covering pretty much every malady known to medical science in between.

I sent out a couple of birthday wishes (both to people called “Andrew” – what are the chances of that?) and got ready for work.

Despite the best efforts of several European lorry drivers who were determined to stop everyone (by driving two abreast nose-to-tail), I eventually got on to the motorway this morning. As I drove the pundits on the radio were quite frankly wasting air-time. They were constantly harping on about an episode in Parliament yesterday when the Leader of the Opposition had been haranguing the Prime Minister. The disgraced Minister for Health Matt Hancock had openly breached lockdown rules (by porking his  floozie) whilst other people followed the rules and didn't get to spend time with dying relatives.  The Prime Minister felt that having had Mr Hancock resign was an end to the matter. Personally I can't help but feel that Mr Hancock should face some sort of prosecution. After all he's the one who brought in the rules he so flagrantly ignored.

Work was work. Despite being on the early shift I was only two hours late getting out. This is the trouble with working in a hospital – if you are busy you *really* can’t leave work till the next day.

I came home, and as er indoors TM” boiled up dinner I tuned in to the Horror channel and watched an episode of “Space 1999”. I watch that show out of a sense of nostalgia… as a child I loved it. However as a sci-fi show it doesn’t work. I like science-fiction, but for science fiction to work, the science bit has to be plausible. Had “Space 1999” been billed as “bollox fiction” it might well work.

We cracked open a bottle of red wine and watched a couple of episodes of “Lego Masters USA”; having stopped recording the show, the SkyQ box suddenly presented us with some episodes. They were rather good.  As was the red wine…