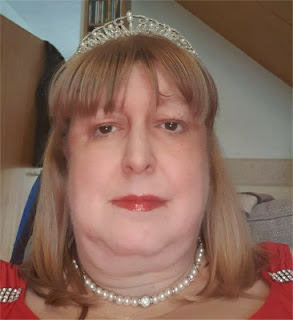 I slept through till nine o’clock this morning. As I scoffed toast I peered into the Internet. There was a post on one of the local Facebook geocaching pages from some chap asking about the possibility of meeting up with people to go caching. This brought back memories. At the moment formal geo-meets are all on hold with the pandemic. When I used to work different hours I would advertise on that Facebook page saying I was going on a walk and tell people where and when we might meet up. A thread would then form in which people that I knew would be at work would say that they were working, but one or two of us would meet up each time.

There are one or two people who still do advertise meeting up for a walk on there but organizing these seems to have somewhat died a death lately. I suppose it does take something of a leap of faith to meet up with some stranger in the back of beyond and desperately hope they aren’t an axe-murderer. But I did it. Many times. I’m glad I did – I met so many good friends that way.

Facebook also presented with a video from Jake Ducey (?) who had made a video telling me of five warning signs from the universe. For the benefit of my loyal readers who’ve actually got better things to do than watch crackpot videos the warning signs that the universe might send you are:

Seeing the same thing over and over again

You have negative people coming at you

You’re going through some form of pain

You feel stressed and forget to breathe

Although the signs are quite obvious, Jake was a tad vague as to exactly what you might be being warned about. But he was quite clear as to what do you do if you really are getting these warnings from the universe. You should move into the creative plane, mimic the energy of the universe, and spend good money on quack hypnotherapy whilst (presumably) trying not to laugh out loud.

I asked Facebook why they ever thought I would be interested in this sort of twaddle. They didn’t answer.

With the rain hammering down, pootling in the garden wasn’t a practical proposition, so I looked at the geo-map and pondered a few geo-puzzles in the area of where we are going on holiday in a few weeks’ time. I solved some, failed on others, and didn’t even bother with quite a few. Why do some people delight in setting such ridiculously hard or tedious puzzles. A two-hundred piece jigsaw puzzle kept me quiet for over an hour but was just mind-numbingly dull. And reading the descriptions of some of the field puzzles told me the places we shall avoid. If you go to a church and (say) count the windows before going off on a little stroll, then that is simple enough. But going  to the east door, counting all the rivets and then going to the west door and counting all the stones around the chancelry before then hunting out half a dozen random graves… I don’t think so.

There was a minor hiccup when I saw the nearest pub was five miles from the cottage we are staying in; especially when we’d been led to believe it was only a short (ish) walk away. After a little confusion it transpired that there are three farms all of the same name within five miles of each other where we are going. I expect that causes quite a bit of confusion. But, as long as we get the right one, “not my circus, not my monkeys!”

I then wasted half an hour trying to access my pension details. After a lot of farting about I eventually got through to something that hadn’t been updated for over two years so I have no sensible idea of how much pension I look to be getting, or when. I have this naïve idea to take semi-retirement in two and a half years’ time, but I need to see some figures before I can find out how practical that would be.

We then settled the dogs and drove round to the New Chimneys for a birthday party. It was good to catch up with old friends and meet new ones.

We came home via “My Boy TM”’s house. Cheryl gave me left-over Chinese for supper. It has given me guts ache…
Posted by Manky Badger at 11:03 pm