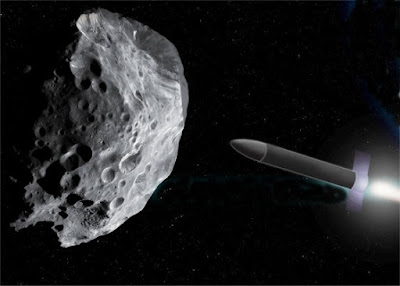 The England football team won their match last night. As I drove home after the night shift the pundits on the radio could talk about nothing else. They interviewed all sorts of people from all walks of life, all of whom claimed that “it’s coming home”. The talk of football even took over an interview with the Chancellor of the Exchequer who made the claim that having the national football team win is good for the nation’s economy because (apparently it is a documented fact!) people spend more money after the England team have a big win.

How does that work? How does spending money (and presumably leaving you with less money) improve the nation’s economy? Money moves from one person to another, there is no net gain or loss? Clearly I’m missing something here; maybe I might log in to Coursera and see if they have any “Economics for Dummies” courses.

As I got close to home I saw er indoors TM” and the dogs going for their morning constitutional. They didn’t see me. But having them out made for a quiet house. I got a quick shave and shower done and was in bed before they got home. Usually after a night shift I lay in bed whilst the dogs stomp about me trying to get comfortable.

But despite having been up all night I only managed two and a half hours’ sleep during which the shirt I had ordered on Tuesday had arrived.

Over a late brekkie I peered into the Internet to see what had happened since I’d last had a nosey in there. There was a post on Facebook from the pub run by the woman who owns the house next door (the side that doesn’t hate us) who was saying that on Sunday her pub will only be open to people who’ve booked to watch the football in advance. Apparently the aftermath of last night’s match was something of a debacle with drunken thugs pissing in the streets. From the tone of her posting I got the impression that I was completely wrong in feeling that this was what going to watch football in the pub was all about. One lives and learns.

And I nearly choked on my toast when I saw a couple of Facebook posts from an old colleague. Having been educated to a post-graduate level, some years ago this person packed up hospital work to run sex parties in the Channel Islands before going to prison for selling unlicenced cancer treatments. The reason the cancer treatments were unlicenced was because they simply didn’t work. She hadn’t posted anything on Facebook for some years (the reason being that she had been in prison) but she was posting this morning – posting pandemic-denying twaddle. Why do people do this? An educated person who really does know better.

I got the ironing board out and spent the afternoon sorting the laundry whilst watching episodes of “Fresh Meat”. Doing the ironing after the night shift seems to have become something of a routine for me.

Hopefully “er indoors TM” will boil up some dinner soon. There’s talk of cracking open a bottle of plonk to drink with it today. Across the country the family will be raising a glass to “er indoors TM”’s Uncle Del who died twenty years ago today. I liked Uncle Del – he was a good ‘un.

And in closing today, our old friend science says there is a dinosaur-killer sized asteroid wizzing around in space that might (just possibly) crash onto Earth some time in the next hundred years (or so). That would be a nuisance, wouldn't it?

I'll probably be long-since pushing up the daisies by the time it comes close, but if “Stormageddon – Bringer of Destruction TM”  and Lacey survive the environmental collapse I'd rather the planet wasn't wiped out by a rather large space-rock-thingy.  But nil desperandum (as they used to say in ancient Rome), the Chinese are on the case. They are proposing to blat it out of the sky with a fleet of Long March 5 rockets, and they claim they can do this far cheaper than the Americans can, and do it fifteen years quicker too.

It might be best to draw a veil over these Long March 5's dubious success rate though. The Chinese have only ever launched six of the things, and one went belly-up in an incredibly spectacular way.
Mind you, all kudos to the Chinese for having a go at the asteroid. I wonder if they will blat it successfully? Here's hoping.