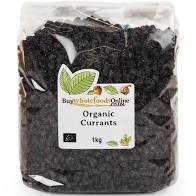 I had a stroke of genius this morning. When I got up I turned on the Sky-Q box *before* having a shave and making toast. That way it did all its re-setting and farting about whilst I was doing other stuff and was ready to go when I wanted to watch telly. Like most modern technology the Sky-Q box upgrades its software several times a week. This is all very well, but it does leave the thing utterly useless at the very time when  want to use it.

I watched an episode of “Fresh Meat” in which our heroes again tried to do a nudey sauce romp whilst fully clothed, then I sparked up my lap-top. I say “then sparked up my lap-top” – the lap-top gets sparked up some ten minutes before the TV show ends to allow it to do all of its farting about so that it is ready to go when I want to use it.

I peered into Facebook where this morning’s row was about the pay offer that had been made to NHS staff. Many people are furious at the three per cent pay offer (which is seen as an insult) and were talking about the difficulty of organising cover for any strike action. I resisted the temptation to ask what a strike would achieve if the strikers have arranged cover for themselves, but thought better of doing so. Someone else pointed out on one of the NHS Staff Facebook pages that accepting a very poor pay increase might go against the Code of Conduct of the Nursing and Midwifery Council. It struck me that *if* doing so did go against that Code of Conduct, then this would only be an issue for nurses and midwives. It wouldn’t have any bearing on pharmacists, physiotherapists, transfusion practitioners, cleaners, cooks, biomedical scientists, podiatrists, speech therapists, cardiographers, gardeners, dieticians, porters, secretaries, med lab assistants, biochemists, radiographers, O.D.A.s and the majority of the professions who work in hospitals…  but I didn’t say anything. The average nurse gets rather offended when they are told that there are other staff in hospitals other than doctors and nurses.

Needing some petrol I drove round to Sainsburys and wished I hadn't. I'd forgotten that the staff in the Ashford branch have unilaterally decided to make the place self-service. If you want to buy anything then it is up to you to scan it through the till (that they are sitting in front of). And if there isn't space for you to put you shopping down and scan it, then that is your problem and not theirs. Usually I get petrol at Sainsburys in Maidstone where the staff are helpful, but when working at Pembury there is little option for fuel. The petrol at the Sainsburys nearest work there is usually (at least) eight pence per litre more expensive than the Ashford one. And no one else does Nectar points.

As I drove west-wards this morning I found myself staring at the van which I followed for over twenty miles. Whoever owned the van (presumably F.G.S. Pilcher) had spent a lot of money having his name painted on the van in huge letters. And in letters almost as big he'd had his web site painted.  I found myself wondering why. Was this advertising his firm? If so, it was rather poor advertising. What does F.G.S. Pilcher do. Is he a plumber or a dog groomer? Does he specialise in waste removal or does he deliver stuff? Is he a painter or an electrician? It turns out he does groundwork (whatever that is), but you would never know that from the van. Just sticking a name and a website on a van and automatically expecting everyone to know what it's all about isn't good advertising.

There was also talk of the University of Exeter which had somehow accepted far too many students onto its undergraduate medical program starting in a couple of months’ time. Rather than admitting their mistake, the university is offering ten thousand pounds in cash to anyone who will defer their course for a year, and on top of that are offering a year's free accommodation next year.

And we all wonder where our tax money goes.

I got to work and made the most of the day, even though yesterday's guts ache continued to rumble. As I worked I saw that the boss was getting busy with the notice board, and had created a new section on it for "Current Notices". When she wasn't looking I shuffled stuff about on the board and created a section next to it for "Currant Notices" which now features a picture of Tesco's Organic Currants. The boss hasn't seen this yet, but she did wonder why everyone developed a fit of the giggles every time she walked past the board.

I shall deny everything; I usually do.
Posted by Manky Badger at 9:20 pm