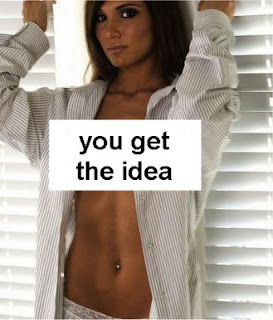 As I peered into the Internet last night it seemed that the Queen’s awarding of a George Cross to the NHS hadn’t been received as well as it might have been, and this morning the discontent was still raging. One or two people thought it was a good idea, but generally the feeling was that it was somewhere between a joke and an insult. But yet again many people made the mistake of thinking that the tern “NHS staff”  was synonymous with “nurses”.

And I rolled my eyes when I read a post on a certain author’s Facebook page that I follow. Someone had asked for recommendations of other authors in the same genre. You might think that this would be a reasonable request until you consider that this is the only thing that is ever posted on this Facebook page. Didn’t the chap see the dozens of identical requests as he wrote his?

I set out birthday wishes and got ready for work.

I set off to work through a wet and dismal morning. As I drove the pundits on the radio were spouting their usual brand of drivel.

There was talk this morning of changing the laws by which refugees can claim asylum in the UK. Don't get me wrong - I'm all for helping people who are fleeing in fear for their lives. But can anyone seriously make that claim when the danger zone they are fleeing is thousands of miles behind them, and they've just travelled through half a dozen safe countries? Look at the armada of small boats crossing the English Channel - are they *really* scared for their lives and fleeing from France?

And there was also talk about how there are moves to change how compensation claims are handled by the NHS after mistakes have been made.

Mistakes do happen. No one can deny that. But at the moment (so it was claimed) the NHS cannot settle a claim for compensation until a court has made a ruling in a claim of gross negligence. There is a world of difference between an honest mistake and gross negligence, and so such claims are taking up to five years to settle and aren't cheap. It was claimed this morning that the amount of money paid out in claims in maternity cases is more than ten times that needed to make up (what is seen by many to be) the shortfall in staffing in that area.

As I've said before this whole "compensation culture" does very little to aid recruitment in the NHS.

I got to work and did my bit whilst the weather outside went from glorious sunshine to torrential rain and back again (several times), and came home to  where it seemed to have been dry all day.

We took the dogs out to Great Chart where we met Cheryl and Rolo, and had a good walk up to the river and beyond. I had been in two minds about going out – I was glad that I did.

er indoors TM” boiled up a good bit of dinner then went Zoom-ing at her mates. I used the time to watch drivel on the telly whilst ironing shirts. It never fails to amaze me how long it takes to iron one shirt – let alone eight (and a pair of trousers and two bandannas too). And seeing how my shirts were past their best I had this idea to get some new ones, and to make a saving by getting them from Amazon.

I typed “mens long sleeved shirt with breast pocket” into the search bar and was immediately presented with a selection of forty thousand (so it claimed) shirts. However most were short sleeved and few had breast pockets. Quite a few of them were being modelled by young ladies who had the things unbuttoned down to their belly buttons. Perhaps the young ladies’ breasts made up for the lack of breast pockets?

And the pricing… some of the shirts cost a penny, but the postage was thirty quid. Others quoted the price of the small size, but the XXL price was over double that advertised.

I thought about going to Matalan tomorrow… but their days of the cheapo shirt for a fiver are long gone. I’ve ordered one shirt (to see what it looks like) – it should be here on Thursday… here’s hoping.