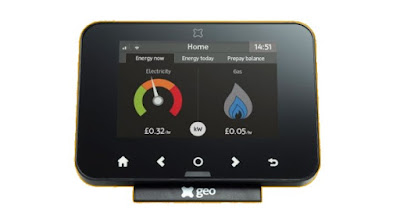 We had a vague idea to go for a walk in the woods this morning but the torrential rain put us off of that idea. It was doubly a shame as a new geocache went live about half a mile from the woods just as we would have been arriving there and a cheeky FTF would have been good.

I made toast and peered into the Internet as I listened to the sound of the rain. Facebook was alive with people congratulating the England football team for very nearly winning last night, and there was also a lot of talk about a whole load of racial abuse that had appeared all over social media last night (and had quickly been removed) directed at the players who had missed penalties in the last five minutes. I’m not defending it at all, but it has always been my experience that racial hatred goes hand-in-hand with defeats for the England football team. Friends of mine of Portuguese extraction told me ten years ago that it wasn’t safe for them to walk the streets for two days after the defeat of the England football team as the thugs needed someone on whom to vent their frustrations.

There was also a lot of consternation being expressed at the Royal Voluntary Service who are running a scheme this month in which people are asked to donate three quid so that hospital workers can be given a cup of coffee. Three quid!!! You can buy a jar of the stuff and get a cuppa every day of the month for that. But people weren’t so much worked up at the price as at the recipients. Admittedly I have had free coffee and free cakes over the last year or so, but when I did it was quite clear that I was just getting the scraps. Most of these freebies go to the high-visibility parts of the hospital. It was being suggested that these schemes weren’t so much for the recipients, more to make those running the schemes look good. Harsh? Possibly.

Seeing a break in the rain I took Treacle for a walk. We walked round to the park where I let her off the lead and she walked closer to my side when off the lead than when on.

We haven’t been to the park for some time, but we hadn’t missed much. OrangeHead was there (now grey rather than orange) with an all-new posse. I don’t think they saw us. But we did have a run-in with another dog. Some stupid woman with a huge grey dog came up. Her dog towered over Treacle who hurried away. The dog (and woman) followed her and would not stop bothering her. I told the woman that Treacle was frightened. The woman laughed. I suggested that the woman might like to drag her dog away (as it was on a lead) but she laughed again. I was about to tell her to f… off when there was a yelp. Treacle had nipped her dog which was now pulling on the lead to get away. The woman looked horrified when I exclaimed “now will you leave us alone!”

We came home, and I did some CPD until there was a knock on the door. Regular readers of this drivel may recall that towards the end of last year I had no end of problems with the gas meter and despite daily interactions with the power company I got nowhere. Eventually they told me that many of the smart meters made at the same time as ours simply don’t work.

They offered to give me fifty quid to shut my rattle, and said if I didn’t like it I could whinge to the ombudsman. I did whinge to the ombudsman and they said that the power company should replace the meters with ones that work. And that’s what happened today. Two nice men arrived and replaced the leccie meter and the gas meter. It only took them two hours to do. Initially Treacle wasn’t at all happy about it, but she soon lost interest. It was as well that Pogo is off on a little holiday as the two of them would have wound each other up constantly. And I dread to think of the fuss that would have happened if they’d come when I first raised the issue nine months ago when four dogs would have been shouting.

I went to bed for the afternoon where I managed three hours sleep during which time we (apparently) used seventy-eight pence worth of power. Though whether or not that is a fair estimate of our usage remains to be seen – the nice man who fitted the meter did say that the thing can take a few days to settle down (how does that work?)

I’m hoping that “er indoors TM” will boil up some dinner, then I’m off to the night shift… through the rain. I had hoped to go on a minor Munzee mission on the way. Perhaps I might put that off?