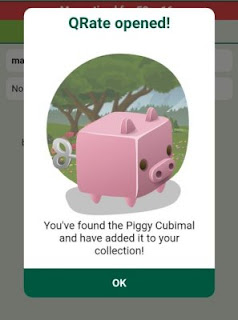 I was fast asleep when the shop over the road had a delivery at five o’clock. I suppose the lorry driver could have made more noise unloading if he’d tried, but he clearly didn’t feel the need as he was making quite enough racket already. That shop is rather odd in that for all that they have a *lot* of deliveries far too early in the morning, the shop itself opens several hours later than you’d think a shop in that location would do.

As I scoffed toast I watched another episode of “Fresh Meat” in which one of our heroes had started studying pharmacology having given up on both zoology and dentistry. In my time I’ve met a few people like this. The actual “going to university” is far more important than what you actually learn whilst there. It seems odd to me that you’d run up a five-figure debt on just any old subject at all. Mind you when I was in the sixth form I can remember hearing that over half of biology graduates went into banking, and no end of people apply for trainee positions at work with utterly unsuitable degrees, so perhaps this *is* what undergraduates do.

I sparked up my lap-top and peered into the Internet. Regular readers of this drivel may recall that geocaching HQ have given me the chance to stage a Community Celebration Event. I’ve been rather at a loss as to what sort of event to run, but yesterday I had a stroke of inspiration. I had an idea to run a workshop showing people how to write a Wherigo cartridge. I asked if there would be much interest on the local geocaching Facebook page. There was some interest, not loads, but enough to make putting on the thing a practical proposition. But my eyes rolled when I saw that a couple of the leading lights from the GAGB (Geocaching Association of Great Britain) had appeared from nowhere and wondered if I might like to write something for their magazine along these lines. I’ve ranted about the GAGB many times before. Claiming to represent all the Tupperware hunters of the UK, I’ve been nominated to their committee a few times, but no one (least of all other committee members) seem to be able to tell me what they actually do, and we only ever hear from them when they want something (usually votes in their committee elections).

I then capped the Tree House and in doing so opened a qrate and released a piggy cubimal (it’s a Munzee thing), set the dishwasher going and got ready for work.

I drove to work up the fast lane of the motorway together with all the other non-HGV traffic. I had little choice as the slow lane was filled with HGVs and the middle lane had a constant stream of HGVs dancing in and out of it trying to pass the ones in the slow lane.
As I drove the pundits on the radio tried to make everyone who wasn't black feel somewhat guilty about how the public remembers the "Woodstock" festival of the 1960s, but no one remembers other festivals of the era which focused on what they described as "of interest to minorities". Why is it no one remembers these festivals? Is it because (as was suggested) there has been an active conspiracy by people of the Caucasian race to wipe these events from history? Or is it because history is actually written by those (of any race at all) who can be bothered to write it? Take yesterday for example. As I scoured my diaries looking for photos of Terry I found mention of all sorts of outings that I'd forgotten about, but seeing a diary entry brought back loads of memories. Most people (of all flavours) don't remember what they did only a few short years ago without the prompt of a photo or without being reminded of some incidents that occurred. Why were the pundits on the radio trying to make a racial issue of it?

I got to work and did far more than I'd hoped as we were a tad short-handed. A colleague had to suddenly nip home to deal with an unexpected flood (as if there is any other sort of flood). As I worked we all judged another colleague's friend who had sent her a message saying that she had just "done the dirty deed" on a third date. It is many years since I had a third date so I'm a tad out of touch here. - is brandishing the pork sword on a third date good or bad? The general feeling was that it was either something of a result or was particularly un-moral depending on your personal view on nudey prod games.

Rather than coming home this evening I drove to the abode of the first fruit of my loin where “er indoors TM” and Treacle were waiting for me. Cheryl had asked if we liked lamb shanks (oh yes!!) and we spent a rather good evening sitting in the garden having dinner. And pudding.
I might have scoffed too much…