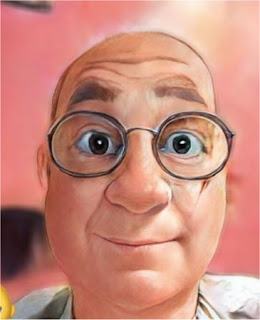 Once I’d made toast and scoffed it (whilst watching more “Fresh Meat”) I sparked up my lap-top and looked at the Internet and found myself thinking about my car – my car is fourteen years old. When it finally croaks (and it can’t be long) I will probably sell it for scrap. A friend of mine sold his car for scrap on Wednesday. He got a hundred and fifty quid for it, and this morning he posted on Facebook saying he’d just seen that very same car advertised for sale on the Friday-Ad web site for five hundred quid.

As I drove to work the pundits on the radio were talking about how the Labour party won the by-election held yesterday in Batley and Spen.  Admittedly they did win it in that their candidate got more votes than any other. But that candidate only got thirty-five per cent of the votes cast, and that on a less than fifty per cent turn out.  So effectively the MP was voted in by less than one voter in five.  And the actual amount of votes cast for the Labour party's candidate was some ten thousand less than that cast at the last election.

Admittedly the Workers Party of Britain had been playing silly beggars, but doesn't this speak volumes about the current state of the Labour party. With the country seemingly facing the imminent threat of being unable to feed itself, a massive rise in the public's lack of confidence in the government's handling of the COVID crisis and the Health Secretary's frankly abysmal behaviour, the public still feel that the Labour party are a bit of a joke.

I was also rather amazed to hear the announcement that COVID vaccinations have only a limited effect in immunocompromised patients. I wasn't amazed so much at the statement as I was amazed that so much air-time was devoted to it. If you've got a condition which affects your immune system (any of the blood cancers), or if you are on any cancer treatment, then the COVID vaccinations won't work as well as they would on anyone else. Isn't this blatantly obvious? Seriously? It is like saying that if you don't regularly charge your mobile phone then it will stop working. Or if you don't put fuel in your car then it won't go. Surely everyone must realise that you are going to struggle to boost an immunity if that which makes immunity is broken? Don't they?

Work was work. An ex-colleague came to visit. A year or so ago he left and went to work in a hospital in Devon. He’d left that place very quickly and had moved on somewhere else. Some of the more isolated blood testing establishments can be rather parochial.

Another colleague announced he was leaving soon; he is moving into hospital management and will be doing a job coaching and mentoring other managers in various projects they may be undertaking.

Isn’t this entirely where the world has gone wrong? Back in the day a manager just got on with it. These days so much as making a cup of tea needs a formal plan which is managed and reviewed at every step of the way with endless meetings and teams getting involved. Back in the day you would have done whatever managing needed to be managed in less time than it would take to stage today’s first preliminary meeting about the thing.

With work  done I came home to find Pogo was back in residence. I fussed him, then set about mowing the lawn. It is only nine days since I last mowed it, but you’d think a couple of months had passed; it had grown so much.

er indoors TM” then took the dogs out and I slobbed in front of the telly and watched another episode of “Space 1999”. Yesterday I described it as “bollox fiction” and I wondered if I’d been a tad harsh. But having watched today’s instalment I don’t think I was. It is entertaining, but…

I think “bollox fiction” is a very apt description of the show’s genre.

As er indoors TM” boiled up dinner I played about with a new toy – the Voila AI Artist app. I suspect I am going to learn about all sorts of privacy issues with this app and how it has sold all my personal data to the highest bidder, but I quite enjoyed playing with it. The thing has got my humungous nose and wonky eyes just right.

We scoffed a rather good dinner whilst watching the final of “Lego Masters”, which was also rather good. And as we looked for something else to watch after “Lego Masters”, so the second “Star Trek” film started. It was the first film that I took er indoors TM” to see at the cinema. It was the first film we ever hired on video in 1985 when we hired our first-ever VHS video recorder from DER. I’ve seen that film dozens of times, but still we are going to watch it. It’s the law.

One early scene made me sit up and take notice though. Admiral Kirk and Doctor McCoy were taking about getting old on what was Admiral Kirk’s birthday… on which he was five years younger than I am now….
Posted by Manky Badger at 9:35 pm