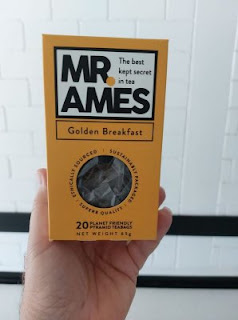 I lay in bed listening to the dustmen crashing about outside for a while, then gave up trying to sleep and got up. Once I’d watched an episode of “Fresh Meat” I peered into the Internet to see what I’d missed. The nice people at the power company had sent me an email welcoming me to their company (I’ve been with them for years!) and saying that I now had smart meters which sent them readings every half-hour (I wondered what those blokes had been doing last Monday!). They gave me a link to their website on which I could review the meter readings, and that website said they still hadn’t received any readings and also said it probably wouldn’t for the first ten days of the meter’s life…
The email says they’ve been receiving readings, the website says not. This is *exactly* the sort of thing that made me contact the ombudsman in the first place… I shall give it a couple of weeks to see what happens.

Sky had sent me an email telling me about he VIP treats they had for me – exclusive access to all sorts of sporting events which didn’t interest me in the slightest.

And I had nearly a hundred “Found It” logs from people saying nice things about the geocaches I’d hidden – including one from the local geo-fed (which was something of a result).

I sent out birthday wishes to both of my god-daughter’s Facebook accounts (twenty-four! – where did the years go?) then peered into the depths of Facebook. Today’s quarrel was about the layout of the rooms at 165 Easton Place in the 1970s TV show “Upstairs Downstairs”. Some people really will argue about anything. Resisting the temptation to point out the factual inaccuracies in the postings from people on both sides of the argument I got ready for work.

As I drove to work the pundits on the radio were talking about an interview with the leader of the Labour party Sir Kier Starmer in which he had been trying to appeal to ex-Labour voters. From what I heard of Sir Kier he would have done far better to have spoken in English sentences rather than using meaningless management-speak catchphrases. But that is true of most people that they wheel on to the radio these days. Though he did talk about "sweating blood to get voter's respect" - that might be impressive to watch.

There was also talk about the NHS Test and Trace app which has been pinging people living next door to people who've been vaguely near to others who've come in contact with cases of COVID. And this rather over-enthusiastic attitude has apparently got hundreds of thousands of people self-isolating this week which is costing businesses millions of pounds. It would seem that the app is being uninstalled at quite an impressive rate by people who have realised that it is actually a load of crap.

I got to work rather earlier than I might have done and read my Kindle for a while before getting on with that which I couldn't really avoid. As I worked I had an email. A few weeks ago I entered a Trust-wide draw in which some lucky winners (picked at random) would get a packet of Mr Ames Golden Breakfast tea.

Mind you, I say "Result" - personally I can't stand tea, but I do like winning things.  “er indoors TM” can drink the stuff, and if all else fails I can flog it on eBay..

Less of a result was the discomfort I found myself in for much of the day. Eventually I found I had two rather impressive dog-teeth-sized holes in my undercrackers. Bearing in mind that Treacle was playing with the undercrackers when I was sorting the laundry on Tuesday and that Pogo has been on a little holiday for much of the week, the list of suspects isn't long.

“er indoors TM” took Treacle and Pogo out for a walk this evening. I stayed at home and dozed in front of the telly. I wasn’t feeling that well this evening… and I’ve got yet another early start in the morning. I think I might have felt a tad better had the bin men kept their noise down before five o’clock this morning. I have formally complained to the council about them before, but the chap at the council told me that he had no intention of following up any complaints about the dustmen as his priority is to appease the contractor. Doesn’t that speak volumes…

And today marks three months since my Fudge-dog died. I miss him so much….I’ve blubbed at least once every day since he went…