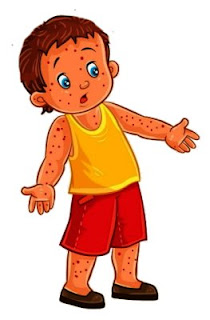 I found myself sitting bolt upright in bed shouting at “er indoors TM” (for no reason that I could fathom) shortly after three o'clock this morning. I wonder what that was all about?
I didn't really get back off to sleep after that.

I made toast and watched the last episode of "Fresh Meat". It wasn't the best show on the telly, but it certainly wasn't the worst, and it passed the time as I scoffed toast whilst everyone else snored.. Now that I've seen the lot, I wonder what I can find to watch instead. I'm toying with the idea of watching "Game of Thrones" all the way through... I wonder if it is on Netflix?

With telly watched I had a quick look at the Internet. There was quite the quarrel kicking off on one of the Lego Facebook pages I follow. Having made their own Lego models, some people sell the plans on-line. Others forward their plans to the Lego corporation to see if the nice people at the Lego corporation want to market a set based on the designs that have been sent in to them. If you sell your own designs on-line you can get up to twenty dollars per sale. (It sounds daft to me, but people really do pay that). If you send your design to the Lego corporation (who have already got their own design staff) you give up all rights to your design and probably won't get anything at all (unless the Lego corporation market a set based on your design which is *extremely* unlikely, and even then you probably wouldn't get anything like as much money as if you'd sold the plans on-line yourself).

Personally I would take the money and run, but there was quite the squabble going on. Those who'd sent their plans to the Lego Corporation (who hadn't wanted them in the first place) felt there was some merit in choosing the least lucrative option.

I drove off west-wards along the A28. There was a minor hiccup at Bethersden. I could tell something odd was happening when the traffic stopped whilst a double-decker bus did a three-point turn. A hundred yards after this the traffic then slalomed round four fire engines which were parked in random places across the road for no apparent reason. And then after another few hundred yards the traffic was mounting the pavement to get past signs telling the east-bound traffic that the road was closed. I would have thought that telling the west-bound traffic about the road closure *before* they'd all gone through the closed bit might have been a good idea, but what do I know?

As I drove the pundits on the radio amazed me. They were in Whitby interviewing a pub's landlady who was having to close her pub on some days as she couldn't get enough staff to run the place. Last week they had a live broadcast from Scarborough (not twenty miles from Whitby) and had been making a point of how people in seaside towns can't find work.

Which is it, Radio 4? No jobs or no staff? Or is it the old chestnut that the immigrant workers have all gone home and the hospitality industry doesn't pay anywhere near good enough money for local people to want to do the job?

There were those on the radio this morning whinging how this is incredibly unfair to public service broadcasters who don't have much money to throw around. There were also those on the radio saying that this is capitalism in action and the bleeding-heart-lefties should suck it up.

I find myself rather torn here. As a "bleeding-heart-leftie" I'm not keen on sucking anything up. But as someone who finds most sports incredibly tedious to watch I'm glad that not too much of my licence fee is being squandered on something in which I have absolutely no interest whatsoever.

Pausing only briefly to make a sizeable detour for geo-purposes I was soon at work where my geo-detour had given me wet feet which stayed annoyingly damp for much of the day. And as well as wet feet, another day-long annoyance was that I had the "Waddley-Archer" song stuck in my head.

I did my bit and came home. Once home I fiddled about on my lap-top for a few minutes whilst “er indoors TM” walked the hounds.

Over a rather good bit of dinner we watched more of “Richard Osman’s House of Games” during which I was rather embarrassed not to be able to remember the date of the Mutiny on the Bounty.

And in closing today I’ll mention that there is a rash going around. I won’t say who’s got it, but I will say that the rash app says that if you’ve got a hot tub in the garden, make sure the water stays pristine…
Posted by Manky Badger at 9:46 pm