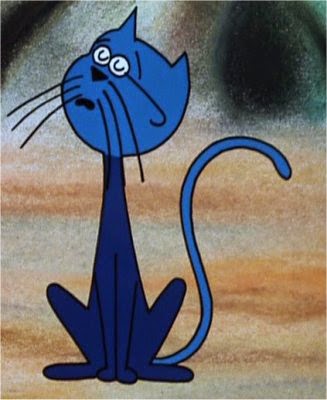 I was sleeping like a log when a certain dog declared "Red Alert". I wish I knew what it was that possesses him to have woofing fits in the middle of the night. I didn't really get back to sleep after that. I finally got up shortly before 7.30am feeling as though I hadn't slept at all.
Over brekkie I checked out the Internet (once I'd got the thing working). Little had changed in social media overnight which was for the best. I did see that plans were afoot for the May county geo-meet. A series of geocaches was being planned for that meet. It's a trivial little point but one that winds me up. The rules say that I can't put out new geocaches for a geo-meet that I am running. I've been told that by those who enforce the rules. The same enforcers don't seem to have any problems with anyone else putting out new caches for their geo-meets. It's only me that's not allowed.

I took "Furry Face TM" round the park for his morning walk. As we walked he got told off by a poodle. That seems to be happening more and more these days.
I tried to post a photo as we went but to no avail. The mobile broadband service I get isn't reliable. Neither is the home broadband. Both work or don't work seemingly at random. I phoned to complain and got fobbed off, so I told them that I was giving them formal notice that they were in breach of contract by not providing the service I'm paying for and consequently I can leave them at any time I choose.
They didn't care.

I came home and decided that I'd done enough sulking for the day; it was only 9.30am and I'd done nothing but whinge over trivia all morning. So having forced an idiot grin onto my chops I set the washing machine loose on my smalls and set off to work. Before I left I checked the BBC's travel news. There was no mention of the road works which delayed me yesterday. I had been considering a ten mile detour to avoid road works on one of the county's busiest roads but I trusted the BBC.

I spent a couple of minutes re-loading the dustbin bags as I left the house. The local cats do love to rip them open. I have no qualms about my dog woofing in the night when the local cats are so feral.
I took the newly-filled bags off with me and got to the car to find even more seagull crap encrusting the thing. So I went off to the Polish car wash. It was just the teensiest bit misleading to see a sign up advertising "Car Wash £6" and then to be asked for ten quid, but I wasn't going to argue with a gaggle of muscle-bound young lads. And they did make a good job of my car. It is clean for once.

Then it was on to the tip to get rid of bags of rubbish (rather than letting the cats have another go at them). What could have been a thirty second job took far longer because of the rather self-centred parking of my fellow unloaders of rubbish. But such is life. I didn't have to wait too long I suppose; I just wanted to get in and out quicker than everyone else, and was just jealous that everyone else had the same idea and had beaten me to it.

As I drove to work I found that the road works that had held me up yesterday were still there despite what the BBC's travel news said. And there was another set of the things as well just down the road from the first lot. Neither had been listed on the BBC's travel news alerts.
I was rather disappointed to have been let down by the BBC; it's rarely failed me before.

Once at work I did my bit. I was still feeling a little under the weather. This cold has really dragged on. I wonder if it's actually a mild form of 'flu, or whether I'm just getting old. And talking of the weather, the weather was rather good at lunchtime; ideal for blowing a saxophone in a car park. Being on the late shift I was having my lunch hour at about the time when a lot of the part time people were going home. It never fails to amaze me how many people parked within ten yards of the car park exit feel the need to make a several hundred yard circuit of the car park just to have a nosey at the saxophonist in the far corner.

And in closing my geo-app map circuit has died. I'm hoping not permanently. If it has then that's it for geocaching for me. OS stands for "Ordnance Survey"; not "Old Shit".
Mind you it's filled three years. Time for a new hobby with which to waste my time perhaps?