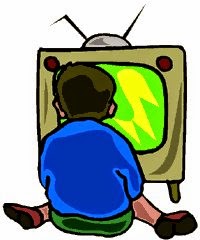 I slept reasonably well; I woke with a mild backache shortly after 7am. The mattress seems to have developed something of a crater where I kip. I *thought* a super-wonderful memory-foam mattress wasn't supposed to do that. I suspect this is what happens when you but hookey mattresses out of the backs of vans outside the co-op.

I got up and had a fifteen minute coughing fit. The cold seems to have got worse overnight. I felt rather grim over brekkie, but small dogs don't understand illness. We went for our walk.
As we walked we met and played nicely with an Alsatian, and then with a greyhound. I say " played nicely"; whenever "Furry Face TM" plays nicely it sounds as though he's about to tear the other dog's throat out. The greyhound and Fudge were both growling and snarling (as dogs do). Most people would be really alarmed at the noise, but that really is how he plays nicely.
The nice lady with the greyhound remarked on how terrible it all sounded but her dog plays noisily too; and remarked that it was nice to met someone like me who understands dogs. She then went on to relate a run-in she had yesterday with some really nasty dog-owner and then gave a perfect description of OrangeHead.
Shortly after that I saw OrangeHead coming towards us. I got Fudge onto his lead. For some inexplicable reason he always seems to want to join her posse. Her posse has grown since we last encountered them. In addition to the Chunky Little Friend there were half a dozen other hangers-on. OrangeHead actually said hello today; I was honoured.
As we walked we saw several joggers. Usually I'm not a fan of joggers, but today was different. Today seemed to be national "Go Jogging With No Bra On" day. We encountered several epically-breasted young ladies all running along with their jugs flailing in all directions. One particularly wanton hussy was jogging along with her hands held behind her head and with her shoulders pushed back whilst flagrantly waggling her "charms" at an unsuspecting public. I would have video-ed her on my phone, but by the time I'd stopped staring she was long gone.

After a couple of hours we got home again. "Furry Face TM" had his brekkie and went to sleep, and I embarked on a coughing fit which lasted until I was completely breathless.
Being my last full day off before my shift pattern puts me back on to a month of five-day weeks I had been hoping to do something with the day. Instead I sat down in front of the telly and felt sorry for myself. I suppose the telly needed to be watched; there was a lot of stuff on the SkyPlus box with which I needed to catch up.

I started off with watching "Extant". A series which started really well a few months ago is now not actually going anywhere. "Coalition" was a docu-drama about the events immediately after the last general election which led to the formation of the current coalition government. It was actually rather good. "Secret Diary of a Call Girl" is always entertaining if for no other reason than Billie Piper getting her kit off. "Raised by Wolves" is fast becoming one of my favourite shows with Aretha being stabbed by "shit-nan" during a family game of Monopoly, and Mrs Slocombe was having pussy problems in "Are You Being Served".
Having spent an entire afternoon watching and deleting my stuff off of the SkyPlus box we now have eight per cent free space on the thing. I need to record some episodes of "Poldark" and "Game of Thrones" before "er indoors TM" fills it with "Gogglebox".

I phoned my internet provider; the internet had died shortly after lunch time and was still kaput at tea time. After a lot of hanging about waiting for someone to answer the phone I eventually selected the option for closing the account. My call was was immediately answered, my monthly bill reduced by a fiver and a new router promised.
My call was then transferred to someone who barely spoke English who would investigate the current problem. His solution was to unplug the router and re-boot it. He was not happy when I told him I'd done this six times already. He then said to hold the line and I did so for an interminable length of time waiting for something to happen. Whilst I was waiting the internet connection came back (seemingly of its own accord), and then ten minutes later the engineer chap said that he'd logged into my router and found that my password on it was wrong (yeah - right!). I asked if that was techno-speak to cover the fact that he hadn't a clue was was wrong to which he proudly replied "yes that is correct".

Normally on a Thursday I would go off for an early evening saxophone lesson, but I'd texted teacher to cry off. I can't blow into a saxophone when I am continually coughing. I stayed in, and actually perked up over a glass of red wine...