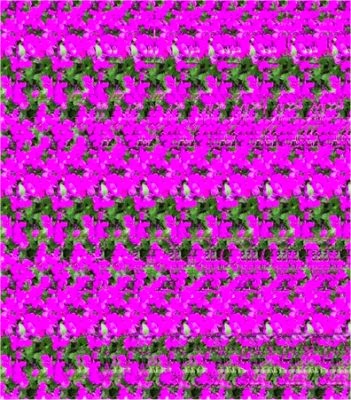 Yesterday's unbunging of the dishwasher's outlet left me with a leaking dishwasher. Overnight I had a stroke of genius about how I might fix it, and when I got up I spent a little while putting that idea into action. I then set the dishawsher onto last night's mess to see how I'd done.

Over brekkie I saw I'd been invited to an event; all the local candidates for the upcoming election were taking part in an evening's arguing just up the road from home. I was rather surprised to see that it was happening this evening. I would like to have gone to that. However I do need time to organise shifts.

I then took "Furry Face TM" for a walk round the park where we played "Fetch Doubles". In the past "Fetch" first started as me throwning the ball and my dog eating it. It then became me throwing and fetching the ball myself. The game has now evolved into one in which we both participate. In "Fetch Doubles" I throw the ball and "Furry Face TM" woofs loudly and chases after it. He then picks up the ball and runs off with it in any direction other than the one in which we are walking. After a hundred yards he then drops the ball and I go fetch it. We played this for over half an hour this morning, and he got quite vociferous when I stopped.

We came home to find my repairs (bodges) to the dishwasher seemed to have been successful so I set a second load to wash whilst I backed up some old blog entries and then failed to solve geo-puzzles. If any of my loyal readers can do "magic eye" pictures perhaps they might care to glance at this one here and tell me what they can see.
When I say " tell me what they can see" I'm hoping it starts with "N", then a string of digits, an "E" and then more digits. Please don't tell me you can see pink and grey splodges; I can see those for myself.

I set my PC doing a virus scan, and whilst it did its thing I watched more vintage comedy from Grace Brothers. "Are You Being Served" is a classic (or so I'm told). In today's episode Mr Lucas tried for sick leave having had an encounter with Mrs Plunkett from the cleaning department. Captain Peacock tried to get Miss Brahms to pull his cracker in the fitting room, and Mr Granger had the two bob bits. For no reason I could fathom Mrs Slocombe then threatened to have Mr Lucas in front of Mr Rumbold after a mishap in ladies underwear.

Mind you in all seriousness I was rather amazed when Mr Lucas was rather frisky with Mrs Fox (out of "Dads Army"). What was portrayed as family entertainment and comedy thirty years ago is today being punished as criminal behaviour...

And so to work. The initial plan for the day involved calling in to visit the baby in Folkestone but a complicated combination of circumstances conspired against that.
As I drove to work there was a tedious play about soldiers on the radio. So tedious that I turned it off and put on my Ivor Biggun album instead. I drove to Canterbury singing along to rude songs as I went.

I stopped off at the cheapo-bargains shop on the way. I've noticed that when I play variations of "Fetch" with my dog he doesn't always seem to see the ball very well. He seems to see the ball better when it's moving than when it is stationary. I've often wondered if he's colour-blind? With that in mind I thought I'd get a variety of coloured balls with which we might play. He might see different colours easier
The balls in the cheapo-bargains shop all smelled very strongly of dangerous chemicals; I didn't get any. Instead I got a packet of dark chocolate Rolos (which I'd never seen before), scoffed the lot in five minutes and gave myself a guts ache which lasted for the rest of the day...