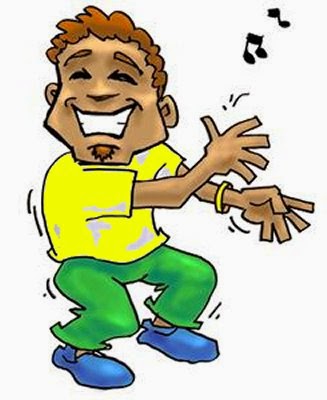 I suppose "Furry Face TM" should really spend the nights in his basket; but I don't really mind if he's quietly snoozing at the foot of the bed. But I can't say I'm happy with him walking all over me for much of the night

Over brekkie I watched the last episode of "Extant". the series started good, but didn't go anywhere for mnay episodes. In this last episode basically two thirds of a season's action happened in one episode. I hear there is to be a second season. I will probably not bother watching it.

I then spent a little while playing with a new toy. When geocaching I've been using the app NeonGeo for some time. It has one over-riding advantage over all other geocaching technology; the use of decent maps. A week or so ago something changed which meant that rather than having useful maps it has completely useless maps. Admittedly Open Source maps are "industry standard" in geocachical circles, however in map reading circles they are "crap". So a re-think of my geo-strategy is in order.
Most people seem to use dedicated GPS units. I *really* wish I knew why. Without going into tedious details the things seem to make hard work out of really simple tasks and they too generally have crappy maps. Everyone who I've asked hasn't come up with any reason that makes me want a GPS unit and I'm not going to spend hundreds of pounds on something which is a backward step.
I've found an app called Cachesense; I've been giving it a try and seeing how I get on. So far field trials seem to be going reasonably well.

As I drove to work there was an interview on the radio with the chap who was once the top boss of the NHS. He was concerned that none of the political parties seem to understand the problems facing the NHS which cannot be solved by simply throwing more money into a bottomless pit. His words summed up the fears of many: “So I think there’s a real danger here about shifting the responsibility for the total funding of the NHS from politicians whose responsibility it is to deliver the total amount of money for the NHS to the people who are trying to make the best of that resource in the service as a whole.”
Personally I suspect this is a deliberate decision by the politicians. Isn't this the entire basis of our political system at the moment. No politician seeks to solve a problem; instead they seek to assign blame to someone else.

I got to work a few minutes early and went for a little walk. I'd had a report that a geocache I'd hidden near work had gone missing. It hadn't. It was where it was supposed to be. I thought it would be; but it was a good opportunity to try out my new app to log an "Owner Maintenance"; which is often easier said than done.

As I practiced my saxophone at lunch time I felt I was being watched. I often get that sensation as I am often watched.
I looked up, and not twenty yards away was a vaguely oriental-looking chap who was contentedly dancing to the music I was making. I must admit I was rather worried. He seemed so engrossed it his dance that I was worried what his reaction might be when I stopped. Fortunately "Bridge Over Troubled Water" has several rests in the score, so I was able to experiment with dragging out the rests so he got used to breaks in the music.
Mind you he was *not* happy when I put my saxophone away at the end of lunch time.
Why is it that for everyone else a saxophone is a musical instrument whereas for me it is an idiot magnet?