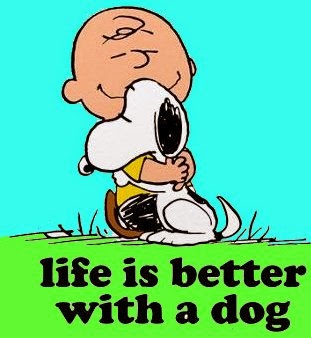 Last night we watched some of the televised political debate featuring the leaders of the UK's seven leading political parties. (And then we turned over to watch "Big Bang Theory")
The morning's news was abuzz with the matter. A lot of people criticised the debate as being one big squabble (which in large part it was) but it is the sort of thing which should be compulsory viewing for anyone who's actually going to be casting a vote at the upcoming general election. Do the electorate realise how much power these minority parties now have? It looks fairly certain that neither the Labour party nor the Conservative party will be able to govern alone, and so they will be dependent on one of more of the smaller parties to help them.
In the last election the Liberal Democrats went in with the Conservatives. The Dribbling Democraps had a golden opportunity to push for their policies, and they threw it all away. The only demand they made (and stuck to) was for a referendum on proportional representation that the electorate comprehensively dismissed.
The other minority parties have learned from this and are getting ready.
I would advise my fellow Englishmen to be prepared to be bled dry by opportunistic Welsh and Scots in a few short weeks time.

I had been toying with the idea of going to the morning's geo-meet which had been planned near Sittingbourne. A whole load of new geocaches were to go live as part of an official geo-meet at lunchtime. But the weather was on the damp side and if I went I wouldn't be able to have stayed long as I need to spend the afternoon in bed. And I still fely grotty. So with "er indoors TM" off out hunting tupperware I took "Furry Face TM" for a quick walk.

I thought I might go for the local geocache that I can't find. We got there, I slipped on wet concrete and clouted my head on a fence as I fell and hit the ground (like a rubber duck to coin a phrase). We limped home and I spent the rest of the morning sulking (and coughing).
I did try solving a geo-puzzle involving tracing a maze. I couldn't do it, and after an hour I got cross with it. Then on tripping over "er indoors TM" tape cassettes (yes - tape cassettes) for the ten thousandth time I got even crosser, dumped them all in the bin and stomped off to bed.

After four hours I got up, and took the tape cassettes out of the dustbin and had another look at the geo-maze puzzle. Realising that the way I was solving it gave me several possibiliities I tried again and got the thumbs up. My happiness at that was short-lived; I then received an email about one of my geocaches being missing and saw that the person who couldn't find it had posted up a photo showing the world where it was supposed to be hidden. So much for the etiquette of no spoiler photos....
I archived that cache hide in a fit of pique.

I then wasted a couple of hours watching episodes of "Big Bang Theory" (with my dog) whilst sulking. Often Good Friday is a beer festival day. Today's wasn't. Today's was spent coughing (as I have been most of the week) and aching from the earlier fall. In the past Good Friday has been a good day. Today was rather shite; the only redemming feature of the day was my dog, and to be honest he didn't actually do very much other than sleep on me.

I'm off to the night shift... perhaps the day might perk up now...