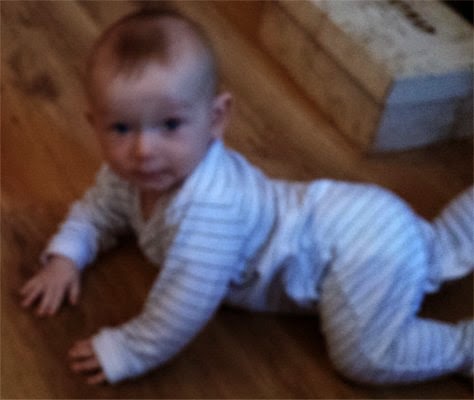 I woke to find I was still aching after a rather physically exerting weekend. Mind you it didn't stop me speculating about another ambitious walk.
There is a series of geocaches in Essex which covers eighty-one miles. With some six hundred caches on the way it would be a serious undertaking. Over the last few months I have idly speculated on the possibility of doing these over a week. I'm not alone in these idle speculations. A little preparation needs to be done, but its (just) possible that this mission might go ahead. Five days of sixteen miles with four overnight stays in guest houses, hostels or even under canvas... could be done. If any of my loyal readers are up for this I'm provisionally looking at the end of July.

I took my dog for a quick walk. As always he didn't really look where he was going. Dogs don't understand cyclepaths, and he managed to crash two cyclists. Each time the poor cyclist was really good about it. Were it me coming off the bike because of a dog wandering amlessly I don't think I would have been so calm.
My dog only had mild altercaions with two other dogs today, which is an improvement on his usual average. And he's made another variation on the game of "Fetch"; in which he races the ball as I throw it. Invariably he wins the race, and keeps going.

I then drove down to Folkestone where I got lost delivering a birthday card to an address where I've been going to on a regular basis for at least ten years. Next I stopped off to spend a bit of time with my grandson. Despite having arranged to be calling, everyone was fast asleep when I arrived.
Littlun's growing; he can now crawl. I say "crawl" - he shimmies along on his tummy. And he farts on his old grandad too.

Just as I was leaving I checked my emails; a new geocache had gone live half way between where I was in Folkestone and where I was going to work. I thought I'd chase the First to Find (even though I've said I don't do that any more), but didn't get it. I arrived at the cache at the same time as another cacher. I got talking with him. He apologised that he'd not found many caches. Why do people apologise for that? How many caches people have found is a matter of the utmost triviality.... all the time I've found more (!)
Still it was a good trial for my new app. I think it's fair to say the new app on the tablet is a no-no purely because the tablet's GPS leaves a lot to be desired. But on the phone it's not too shabby at all.