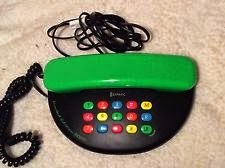 After a frankly awful night's sleep I was up and watching "Dad's Army" shortly after 6am. As I watch this show I've taken to watching what goes on in the background. It's quite surprising how whilst the main characters are doing the show, the minor characters and those in the background are quite blatently doing their own thing with no regard for the camera.

I set off to work shortly before 7am, and was delayed by ten minutes whilst I scraped the ice off of the car. I thought we were too late into the year to still be having an icy car; I was wrong about that. I then had a rather slow drive to work; really thick fog today.
As I drove to work the pundts on the radio were talking about the latest election pledges from both of the major parties. Both are promising various flavours of more access to GP surgeries in evenings and weekends.
It amazes me how the media take no responsibility for the current state of the NHS. Having spent so long trying to find fault and assign blame and hound anyone and everyone associated with healthcare in the UK and seemingly deliberately fostering an atmosphere of permanent witch-hunt, the same media is desperately tring to ignore the fact that it's become rather difficult to staff a service in which there are nowhere near enough workers.

As I so often do I stopped off at Morrisons. I had a better time there this morning than I did last week, and then went on to work. I'm now back onto daytime shifts for a few weeks. I much prefer the night work.
At lunchtime I saxed. Despite the cold start the weather today was glorious. As I saxed in the car park so quite a lot of other people were sitting in their cars all pretending not to be watching me. I suppose if some odd chap was randomly playing a saxophone (rather badly) I'd be tempted to stare as well.

Being on the early shift meant for an early finish. The option of getting out of work early was completely wasted by sitting in queuing traffic. The journey into work this morning took forty minuutes; the trip home took nearly an hour and a half. And I had teh air-con going too.
Once home I took "Furry Face TM" round the park. On the way we met an ex-colleague and we chatted for a bit. We met a girl labrador and the nice lady with the girl labrador got quite shirty with me about what she claimed my dog was doing to her dog. I had to explain that despite his enthusiasm my little dog couldn't actually reach.

As we came through the co-op field we saw something unusual; a gang of kids were climbing a tree. It's a tree I've often looked at myself. Generally these days kids don't climb trees. I felt glad that this bunch were doing so.
Being Tuesday the clans gathered; today at Somerset Road. We had three rounds of ChromeCast quiz and then after scoffing biccies we watched "The Zoom Zoom Show". "The Flash" is quite entertaining, but it's one of those shows in that once you've seen one episode you've pretty much seen them all.

And having announced she's getting married, "Daddies Little Angel TM" wants my telephone.