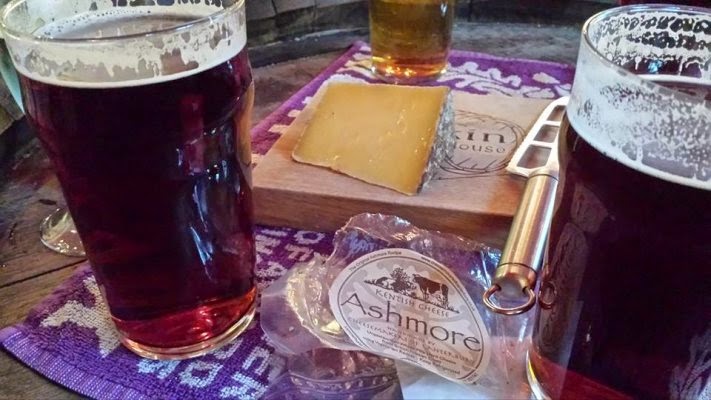 After nearly a year on the CPAP machine there's no denying I sleep a lot better than I used to, but I stil sometimes have bad nights. I suppose most people do. Last night was a bad one. despite being rather late to bed I was still wide awake shortly after 4am, and (for want of anything better to do) up and solving geo-puzzles at 5am.
I then watched a little telly. "Secret Diary of a Call Girl" is always entertaining. Despite Billie Piper running round in the nip, today's installment was most memorable for the mobile phones. It's only when you see them on the telly that you realise how fast the technology moves on. The show was quite dated by the old Nokia phone.
And then seeing how it was still only 6.30am I put on an episode of "Are You Being Served" in which Mr Granger was lax with his timekeeping, and Captain Peacock squealed him up to Mr Rumbold.

As I drove to work I listened to the news. There was talk of the latest Star Wars film and even rumours of a new blockbuster Hollywood Doctor Who film. It rather saddened me that as a life-long sci-fi geek neither really enthused me. Star Wars was always lame, and Doctor Who has been done to death over the last few years.
There is so little sci-fi that is original; it's all re-makes.

I got petrol for the car; it was getting low. Co-incidentally there had been a discussion on the radio only a few minutes previously about how the falling international oil prices hadn't actually been reflected at the petrol pumps. Market forces go out the window where falling profits are concerned.

Work was work; and at lunchtime I had a disappointingly dull sax practice. No one called me an inspiration. No one cried. No one danced. I just make a noise and then went back to work for the afternoon.

I came home, got changed and went off for a night on the beer in Folkestone. Whilst waiting for Jason at the railway station I (quite literally) nearly bumped into who I am sure was Nigel Farage who arrogantly marched out of the station, surveyed the scene and drove off in a taxi.
By chance we mett Matt on the train, and bandied insults as we went to Folkestone Central. From there Jason found his first geocache and we wentt on to the Firkin for beer and cheese. Usually a really good place to drink; tonight it was heaving with the masses. We didn't stay long; we went on to Chambers where we met up with Stevey. Chambers bar is usually a good place for a drink; since when have they had door staff?
Our thhird port of call was the Guildhall. For years it has been on the Folkestone list; on our last visit the landlord told us he was retiring and new people were coming in March. As I was having a tiddle in their facilities a Dutch chap was whinging about how he didn't like the new owners. They seemed friendly enough to me.
Another pint and a pickled egg in Kipps, and then on for a kebab. There were soldiers of dubious gender in the kebab shop. Jimbo didn't want to mess with them; personally i would have been up for it.

As luck would have it we got the last train home with only a minute to spare.
#wantmorekebab