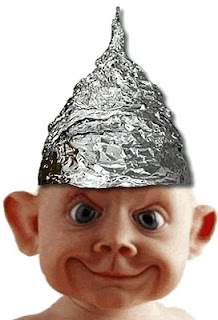 As I drove home from a rather good night shift the pundits on the radio were interviewing Anneka Rice who (forty years ago) was the face of Channel 4. Her programme “Challenge Anneka” is returning to the telly. Ironically it was the BBC who first announced the return of what will be a Channel 5 show. Do you remember the show? What do you mean - it was aired before you were born?

The idea was that Anneka Rice would turn up somewhere or other where there was a rather epic community project that needed doing, and in the space of a few days she would achieve the impossible with the help of whoever she could get to help. I always remember the episode that aired on 20 October 1989. Anneka Rice was just down the road in Tenterden at the Tenterden Town railway station where the people running the Kent and East Sussex railway wanted her to lay four miles of railway track from what was then the end of the line at Wittersham Road down to Northiam. A formidable task indeed… but who was that marching down the road…? A gullible public was expected to believe that a battalion of the Royal Engineers were just randomly coming past, and with absolutely nothing else to do with their time would be only too happy to build the railway for her.

I suppose there are some who really believed this co-incidence wasn’t staged; over thirty years later I still feel that this was an insult to my intelligence.

I came home via the tip where I could have unloaded a lot quicker had one of the tip operatives not wanted to inspect the light fitting I was throwing away. Did it have a bulb in it? No it didn’t. Was I sure? It was rather obvious that there was no bulb in it, but the chap asking the questions had to be sure, so he called his mate over to check out the patently obvious.

Sometimes the tip staff can be helpful, and sometimes they can be very difficult.

Once home I went to bed for five hours, waking intermittently by the sound of the rain on the window and the sound of whatever drilling, sawing or general racket was going on in the kitchen.

After five hours I could lay in bed no more so I got up and (despite the rain) took the dogs out in batches. Smaller dogs got a “once-round-the-block”, then bigger dogs got a walk up the road and a loop back home via the vets for tick collars. As we walked down what was once the Black Alley I couldn’t help but see loads of anti-vaccination slogans graffiti-ed all over the place. The anti-vaccination brigade amaze me. I am told that I should be open minded and that I need to understand how anti-vaxxers feel to make sense of their actions…

Take the anti-vax propaganda scrawled down the Black Alley. To my mind it is factually wrong. However to me a “fact” is a statement which has been proven to be true. Sadly, to society at large a “fact” is an unsupported statement made up on the spur of the moment to somehow give credence to whatever bollox is currently being spouted. Its veracity comes not from any provable evidence but from how loudly it is shouted and on how many lamp-posts it is scrawled.

This is one of the things which boils my piss about today’s society… the considered and researched opinion of an educated person truly is of no more worth than the whim of a half-wit.

With walk walked I took the bigger dogs and my lap-top upstairs away from the commotion of kitchen work. Dogs get in the way, and the kitchen work seemed to spread across much of the living room.

I set a puzzle cache for the fraternity of the Hunters of Tupperware. Named “To Illustrate A Contention” it will or will not prove how few people bother with these puzzles. And I then wrote up CPD (because I have to!), with Pogo and Treacle alternately snoring or squeaking that they wanted to go make nuisances of themselves downstairs.

Yesterday was a wasted day and today was sadly much the same…
Posted by Manky Badger at 9:28 pm