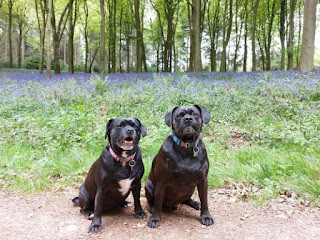 With the toaster and kettle precariously balance on the washing machine I made some toast and coffee. Then I (equally precariously) balanced plate and mug on the assorted rubbish on the table whilst I struggled myself into the sofa. It is ten days since we stripped the old kitchen out, and I am so pleased with the chap we’ve got fitting the kitchen. Despite no end of setbacks including having had other people’s units delivered, having had to get replacements for damaged units, and having found the supplier’s measurements were wrong, the chap has taken it all in his stride and worked wonders.

As I scoffed toast I had a look at the Internet as I so most mornings.

A few people had seen the posting I made last night to the local geocaching Facebook page. I’ve decided to archive two of my series. One has been out quite long enough and has run its course. The landowner of the other has put up signs saying to keep dogs on leads as he’s putting down rat traps baited with poison. Both would seem to have missing caches on them, and (quite frankly) if those getting enjoyment from the walks can’t be arsed to replace a missing pot as they walk by I can’t be arsed to make a special journey to do so either. I had this naïve idea if I clear these spaces then other people might put out caches, but having looked at Project GC it would seem that I am the county’s third most prolific hiders of geocachers, and only four of the top ten are still active in the hobby.

Bearing in mind that anything might happen in the house today I got the lawn mowed whilst we still had some leccie to power the lawnmower. That didn’t take long, and then I took the two bigger dogs up to Kings Wood. We walked for quite some way and had had a very good walk… In over thirty years of visiting Kings Wood (at various times) I’ve never seen horses up there. We met two loads today.

I must admit I was rather reluctant to come home… I dreaded what I would find. And I came home to find the kitchen sink in the front garden and the outside kitchen wall apparently crumbling away.

“er indoors TM” says it will all be worth it in the end.

As the nice man bashed crumbling wall I sat and wrote up some CPD whilst the dogs got more and more wound up snapping at flies, before going to bed for the afternoon where I slept for four hours. I’m told I slept through a lot of hammering and bashing and  lot of barking too….

I’m off to the night shift now. The last three shifts I’ve done have been rather stressful. If I get another I am going to seriously start thinking about retirement. I don’t mind going to work; I just don’t like doing too much of it…