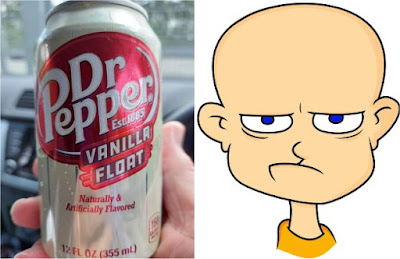 I went to the loo at five o’clock and inadvertently woke the puppies. They went out and had their tiddle, and I told them “back to bed”. Amazingly they went back to their crate and settled down so I went back to my pit and settled down too. I am reliably informed that two minutes after I fell asleep the puppies started screaming, and I got up three hours later to find that “er indoors TM” had spent the rest of the night on the sofa with all four dogs.

Once I’d had a shave and brushed my teeth (with my new non-electric toothbrush) I thought I’d make toast and coffee as I could see the kettle and toaster were set up. However finding a plate, a mug, a knife and a spoon involved some serious arse-ache.

Finally having created some brekkie I squeezed myself onto the sofa and scoffed it whist peering at the Internet (like I always used to do). There was a good argument kicking off on one of the local Facebook groups in which some chap had posted footage of himself running over someone on an electric scooter; the electric scooter having sped across the road with no consideration for anything so trivial as looking to see if a car was coming. As always the keyboard warriors were out in force grumbling about electric scooters. Not one of them was brave enough to suggest going out to clear the streets of these things, which would be the obvious solution to the problem. Not that I’m in any way suggesting we form vigilante mobs to do the job that the police are either unwilling or unable to do…

There was also a squabble on one of the work-related Facebook groups in which some old codger (actually younger than me!) was griping about how apprentice blood-testers these days are all whinging about how low-paid the job is.

Well… to be fair, they are, but I can’t understand how anyone can come into the job any more unless they are doing it as a hobby or a second income whilst being funded either by a rich partner or inherited money.
When I was a lad I was full of idealistic talk about job satisfaction… several of the people with whom I had these conversations are now on ten times my salary (quite literally ten times!)
Money might not buy you happiness, but it allows you to be miserable in comfort.

With a little spare time I thought I might take Pogo and Treacle up to Kings Wood. We got as far as the traffic lights by the outlet centre, and on seeing the queues and traffic jams we would have to negotiate, I did a U-turn and (once we'd got past the juggernaut going at sixteen miles an hour in a national speed limit zone) we went to Orlestone Woods instead, where we had a very good walk. We didn't go in any swamps. We didn't bark at anyone. We had no "episodes" at all. We did chase a frankly epic squirrel, but the squirrel got away. To be honest it was so huge I did doubt it was a squirrel until it went up a tree, and judging by the size of the thing it was as well that it got away.

With walk walked we came home. Usually I would have fiddled around the house, but there was plenty of fiddling already going on in the ex-kitchen, and with plans to turn off the power and plans for a new dishwasher arriving, I thought I might be better off getting out of the way.

I drove out to Frittenden. There is a series of geocaches there that have been on the radar for some time, but the designated parking zone didn't look very good on Google Street View. It looked a whole lot better in reality. I then carried on to Sissinghurst where I bought a rather overpriced sandwich, and some bottles of beer for future walks, and then took a little detour. I thought I might see if I couldn't find two geocaches (along the same footpath) which might give me a little adventure before work. My first target (the one which was furthest away from where I'd parked) had detailed instructions about how to deal with the camouflage netting concealing it...  Camouflage netting (like camouflage bags) is something on which hiders of Tupperware spend a small fortune only to have it fall apart within days. There was no camouflage netting that I could see on (or near) this one.

I got to the works car park a little earlier than I might have done, and read my Kindle for a bit. Most days I read my Kindle. I'm getting quite into an author called Peter Cawdron right now. He's written a rather good series of books. Each one is a stand-alone book and investigates how humanity might first contact aliens.

Like all good books they feature well-developed characters and are rather thought-provoking. Imagine if First Contact wasn't a spaceship turning up on the lawn of the White House, but was actually through Twitter?

I got on with work.. in something of a sulk. Not that I am superstitious but what had I been thinking when I'd volunteered to do a late shift at a trauma centre on Friday the thirteenth. And I wasn't supposed to be at Pembury today anyway. I was supposed to me at Maidstone where they had been having a "diversity day" which I am told featured a lot of cake.

During a lull in the work I tried to book a slot at the tip for Monday to get rid of kitchen rubbish, but the works IT refused to let me. It had recognised the website for booking appointments at Ashford's tip as being "Entertainment".

As I worked so “er indoors TM”  sent me a message. The new dishwasher had arrived, and some passing vagrants had knocked on the door and asked if they could have the old dishwasher that was in the front garden. That's one less thing for me to take to the tip... if I can ever book a slot.

Oh - and in closing today I would point out that today a court has ruled that calling a man "bald" is now a form of sexual harassment. It would seem that commenting on a man’s baldness in the workplace is equivalent to remarking on the size of a woman’s breasts, and receiving comments about it gives the slap-head grounds for claiming compensation.