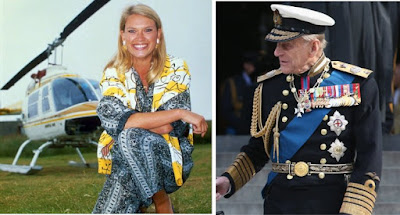 I’m not sure which was noisiest at five o’clock this morning; the seagulls squawking or the bin-men clattering the bins. But a combination of the two had me wide awake over an hour before I needed to be. I used the time putting a load of stuff through the washing machine.

As stuff scrubbed I scoffed toast whilst watching another episode of “Superstore”, then had a little look at the Internet as I do most mornings. Three friends had birthdays today so I sent the obligatory birthday video. There was a minor squabble on one of the work-related Facebook pages. Someone had posted their homework on-line trying to pretend it was a genuine medical case for which they were asking advice, and weren’t happy at being told to do their own homework themselves. This happens quite a bit – so many people post up the same (quite frankly basic-level) questions and are surprised to find that they aren’t the first person to have posted that very same bit of homework. How do these people think they will cope if and when they ever qualify? Are they really going to go onto Facebook Live with every patient they encounter and ask the opinion of anyone who cares to have an opinion to offer?

I hung out the washing, checked Sid for turds (he sometimes craps in his sleep!) and set off wondering where I’d left my car.

Once I’d found it I took a two-minute detour into Stanhope to cap some greeting cards (it's a Munzee thing) then headed off up the motorway. As I drove the pundits on the radio were talking about the latest civil unrest in Ireland. The official line is that the unionists are unhappy that the Brexit arrangements undermine their position and are favouring the republicans. Well, that's true. Did no one but me see this coming? But are people *really* upset about esoteric political considerations? The word is that organised crime gangs are winding up teenagers so with the police quelling riots, criminals can get on with crime.

There was also talk about how foreign holidays may well be on the cards for this summer... *if* you pay for a PCR COVID test both before you go and when you come back as well. But with each test costing over a hundred quid, me and er indoors TM” are looking at shelling out an extra five hundred quid to take the holiday that we've already paid for.

We paid for our holiday last year, but that got cancelled (what with COVID). It got re-scheduled for this coming June but we each had to pay two hundred quid more this year (so the holiday company can recoup some of their losses?)... I think I'm at the point of wanting my money back.

I got to work, and during a lull in proceedings I phoned the pet insurance people. After being kept on hold for ten minutes I was told that they were behind with their  workload, and that I should try again in a couple of weeks’ time. I intimated that we are all busy, but the woman on the phone wasn't having any of it.

I also phoned the ENT people (not in the hospital where I work!) to chase up the ENT appointment that I was supposed to have had in January. I got through to the same recorded message that I always get through to, and left a message for them. To my amazement they phoned my back within the hour and booked an appointment for me in a month's time.

I had a mildly neutropenic sort of day (as you sometimes do). At lunchtime we got the news that Prince Philip had died. That was a shame - he was quite a character and gave a human face to what can sometimes be a rather stuffy, dull and out of touch Royal family.

er indoors TM” boiled up a very good bit of dinner which we scoffed whilst watching this week’s Celebrity Bake-Off which featured Anneka Rice doing a “Treasure Hunt” style entrance to the Bake-Off tent. “Treasure Hunt” was a favourite show of ours thirty-odd years ago. And being long before the Internet we used to try to solve the clues using a copy of the AA Guide to Britain which we’d bought just for that purpose.

I’m rather amazed that no one has tried to bring the show back – after all pretty much every other TV show has been resurrected…
Posted by Manky Badger at 9:57 pm