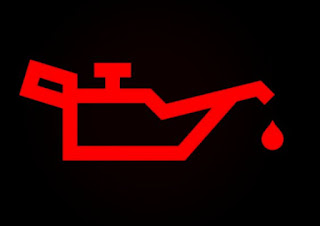 Having finally got a good night’s sleep it was a shame that er indoors TM”’s totally unnecessary alarm woke me quite so early. And then work decided to send me an automated text to remind me to do a COVID test. I gave up trying to sleep, got up, cleared Sid’s turds and over brekkie had a look at the Internet.

I had quite a few emails today. Some people have had problems finding geocaches that I have hidden. Usually the caches are there all along. I wish people would just replace them when they realise the things are missing; it saves me a lot of arse-ache giving up a morning to sort out what they could have sorted in seconds. But one chap’s “did not find” log made me roll my eyes. When I go hunting for Tupperware I use the lap-top to stick all of the geocaches in a given area onto my GPS unit. But before I do that, the lap-top clears out all the old geocaches that were on the GPS unit. That is rather crucial, but not everyone does that… This morning I got a “did not find” log which read “Clear hint but couldn't see it despite long search. It certainly doesn't seem to be where the last photo shows it. Will watch and see if just me.” I know for a fact that the cache in question isn’t there. I archived it last July. Ironically I’ve met several experienced hunters of Tupperware who don’t clear out their GPS units and so regularly waste time looking for things that haven’t been there for months (if not years).

Two friends had birthdays today. One was quite a bit older than I thought he was; one quite a bit younger. I sent them both the obligatory birthday video.

As I waited for er indoors TM” to scoff her brekkie I went into the garden and got busy painting fence panels. I got two done, then we took the dogs to the co-op field for a quick run, and then came home again. Walking the dogs is much easier when I have help, and our walk passed off without episode (for which I was grateful).

I then quickly repaired four broken panels on not-so-nice-next-door's fence (which I shall paint at some point), then set off to work.

I popped in to get a sandwich from Sainsburys (less than half the price of Marks and Spencer for something far better). When I came back to my car, it told me to top up the oil, so I sent a message to er indoors TM”  to get some. Hoping that the oil would wait until I got home, I was soon at work and ensconced in a rather busy late shift. Back in the day Good Friday would be an epic booze-up at the Chambers bar beer festival. And in the years before that, Good Friday was always the day on which I actually started working in the garden each year. But today I found myself non-stop at work.

Interestingly when I got into my car to come home, the car told me the oil level was OK. I wonder if it is…