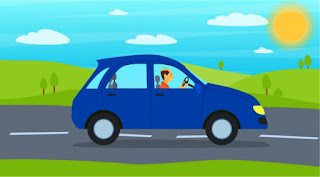 I had something of a restless night but woke feeling marginally better than I did last night. I made toast and scoffed it whilst watching an episode of “Superstore” in which the sensitive subject of gender inequality was addressed. The men in that show had a point – why are the floors in women’s toilets *never* awash with piss?

I sparked up my lap-top, and as it struggled into action I loaded no end of odds and sods into the dishwasher. My poor lap-top takes so long to get going I really need to do something whilst I wait for it. When it had finally got itself going I realised I might as well not turned it on. Very little had happened overnight that anyone felt they needed to tell the world about. I only had two emails of note… the first was an odd one. Six years ago someone found a geocache that I had hidden (and long since archived). Overnight that someone had logged in to their geo-account and changed the wording of what they had written. But not really changed it very much. I can’t help but wonder why. And someone else couldn’t find a geocache I’d hidden (in Fudge’s name). I bought some RUM (it’s a Munzee thing) and set off for work.

As I left the house I couldn't help but stop and admire how clean the front yard looked after I'd scrubbed it yesterday. I then went round to Banks Road. That supposedly missing geocache was exactly where it was supposed to be; I could see it from several yards away.

As I drove up the motorway I listened to the pundits on the radio who were talking about the proposed European Super-League that several football teams are threatening to set up. Opinion would seem to be divided on the matter. Some people feel this is a wonderful development; others think it is the worst thing to have ever happened to "The Beautiful Game". To me, one football game really is much the same as another. I can distinctly remember saying this at a residential management course many years ago. A few of us felt that way, many others disagreed. That evening there were several football matches on the telly. As all the football fans watched telly, some chap kicked over a dustbin outside, and as everyone looked to see what had happened, someone else flipped the channel. No one of the football fans realised they were suddenly watching a completely different football match.

But it would seem that a couple of dozen football teams going rogue in this way is big news. I suppose if it were hunters of Tupperware or builders of Lego going rogue, I too might be incensed.

There was also an interview with the leader of the Conservative party in Scotland who was making claims that the SNP's threatened or promised (depending on your viewpoint) second independence referendum is actually illegal. Is it? I don't know, but I will say that the chap making this claim didn't actually answer a single question that was put to him this morning.

I got to work, and when no one was looking I phoned the pet insurance people. They told me the existing claim (nine hundred quid) was going through and gave me instructions for how I should claim for the next lot (one thousand two hundred quid). I was incredibly impressed at how helpful the nice lady had been, but when I put the phone down so my mobile beeped  to tell me that their claims department had just received my first claim and I should expect to hear more from them in ten days’ time.

I took an extended lunch break (cheeky!) and drove out to Sheerness. Whelans only had one painted sausage-dog statue left, and I'd asked them to save it for me (for obvious reasons). The drive to Sheerness from work took less than half an hour, but when you add on shopping time, walking to and from the car, and looking for a parking spot I was gone for an hour and a half.

Still, no one said anything, which was a result. I might just try extending lunchbreaks more often…
Posted by Manky Badger at 10:40 pm