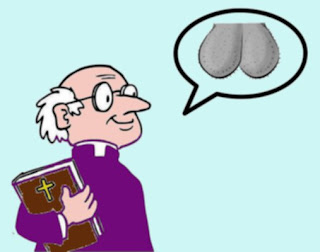 I got a couple of hours sleep until er indoors TM” and the dogs came to bed. The priority for everyone was making Fudge comfortable (Treacle and Pogo both understood he was ill) so once he’d settled, everyone else fitted in around him. That made for a rather awkward night, but there it was.

Eventually my phone told me to “get my arse out of its pit” (in those words), and I watched an episode of “Superstore” as I scoffed toast. As I scoffed so Sid sat with me. Poor little Sid seems rather oblivious to everything else but eating and sleeping these days.

With telly watched and toast scoffed I had my obligatory peer into the Internet. I got just a little annoyed as I read several twee self-motivational memes (posted on Facebook) banging on about how what life is what you make it. Have you ever noticed that it is always the people who have never been handed a lemon by life who advocate making lemonade?

There wasn’t much else happening on-line, so I got myself ready for work, fussed my little sleeping dog, and set off.

After a few minutes spent scraping ice from my car I set off west-wards towards Pembury. As I drove the Archbishop of York was talking utter twaddle (as most religious-types do). He was blathering about the recently deceased Duke of Edinburgh and was saying how having Sunday lunch with the Duke was rather daunting as the Duke would actually pay attention to the sermon that the Archbishop had just drivelled out and would point out all the errors in it. I’ve often made lists of the fallacies in sermons, but never had the chance to present them to the clergyman who drivelled them out.

The Archbishop then shot himself in the foot somewhat by saying how the death of the Duke of Edinburgh has shown everyone that the Royal Family is just like the rest of us in that they too have to face the spectre of death, and how his death has brought the royals closer to the average bloke in the street.

Speaking as an average bloke in the street who has recently faced the spectre of death, I would disagree. It took five weeks for my mother to get a funeral. I see the Duke of Edinburgh has got the same done in eight days.

There was also an interview with ex-Prime Minister Gordon Brown who was talking about the ongoing scandal in which ex-Prime Minister David Cameron has tried to tap up his old mates to see if he couldn’t get some government money for his employer. Is this really news? Plenty of politicians have given lucrative contracts to their mates, and is tapping up your mates such a bad thing? Surely that’s the entire point of LinkedIn?

I suppose realistically the sensible thing to do would be for a Prime Minister to retire when they leave office and not take up any commercial interests, but when has “sensible” ever had any place in reality?

As I drove to wok so there were snow flurries, and the snow was quite heavy by the time I arrived. I had a rather busy day, and was glad when it was finally home time.

The snow had gone by the time I set off homewards; pausing only briefly to get sugar (er indoors TM” had sent orders) I was soon heading east. As I drove “Just A Minute” was on the radio. Julian Clary was the presenter on tonight’s episode; he had a fair go, but was no replacement for the late Nicholas Parsons.

Once home I took Fudge up to the pond for fish feeding. I had to carry him; he didn’t seem up to bothering the fish but when I “accidentally” dropped some fish food on the sleeper in front of him he soon yummed it up.

I had to carry him back inside though. He had some of the pasta from our dinner, and is fast asleep now. I’m thinking that some enforced rest might help him…