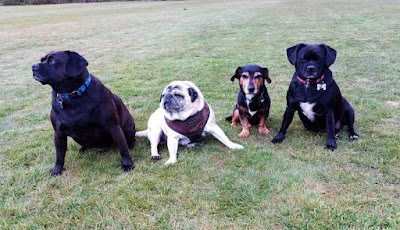 During a five-minute lull in proceedings on the night shift last night I finally got round to doing something I've been meaning to do for a little while. I found out who the Roman Catholic bishop who oversees the catholic churches in Hastings is, and I sent him an email. Over the last few years I have been to family funerals (father-in-law and brother-in-law) which were run by priests in the Hastings area. It was rather upsetting to find that the priests giving the funerals clearly had no idea who they were burying and had got basic family details wrong. However at my mum's funeral (a couple of weeks ago) the chap conducting it took the trouble to contact family members before the funeral to find out as much as he could, and so could be sure of basic details such as how many children and siblings the deceased had. A rather simple thing to do, but something that the priests might be well advised to start doing. I politely suggested that the bishop might  have his minions sort this out before another catholic in the family croaks. If the priest gets it wrong again I *will* point out his mistake. Loudly and publicly.
I wonder if the bishop will reply.

I got four bouncers out of the work-based Skyland (it's a Munzee thing) then set off homewards, listening to the radio as I went. There was yet more talk of the passing of the Duke of Edinburgh. I must admit I always quite liked the chap, but since he died on Friday there has been nothing but "Philip-mania" on the radio and TV. There is only so much heartfelt sorrow that the BBC can trot out before the public get rather fed up with hearing it. And (apparently) that point has long been passed with the BBC having received record numbers of complaints about their non-stop coverage of the matter to the exclusion of all else.

Being a Sunday I was expecting there to be a church service being broadcast after the eight o’clock news his morning. Sometimes they are rather uplifting, sometimes they are dull. Today there was a rather dreary service of thanksgiving for the life of the recently deceased Duke of Edinburgh. I only listened for a few moments before switching over to my own choice of music.

Once home there was mild consternation as Fudge clearly wasn’t well. He was laying on his back with his stomach rigid; I wondered if he pulled something in all the excitement as all the dogs went mad as I came home. We settled him in a little bed on the sofa, and he was still there looking pitiful once I’d spent the morning asleep.

Mind you I shared the crusts of a late brekkie with him, and he ate the crusts off of my toast while his stomach gurgled very noisily. Had he hurt his back? Had he got stomach ache? Was he playing for sympathy? He has always been such a consummate actor; always being so able to look so sorry for himself, it is difficult to tell when he is genuinely ill and when he is playing to the audience.

We went for a little walk up to the co-op field where it became apparent that Fudge was rather struggling to keep up… until we met a red setter and Fudge charged up to play. He spent five minutes with his new friend, and that was probably five minutes too much.

We came home and as I spent nearly three hours doing the ironing so he slept intermittently. He would sleep with either er indoors TM” or me (once I’d got the ironing done) but if there was no one to sit with him he would wander restlessly not settling anywhere.

er indoors TM” boiled up a very good bit of dinner. Little Fudge wasn’t that ill that he didn’t want any scraps. He ate quite a bit of swede, which I saw as something of a result.

He’s now laying on the sofa… quivering a little. I’m feeling all in and I’m going to bed. I doubt I will sleep though.
Did I ever mention that I never wanted a dog?